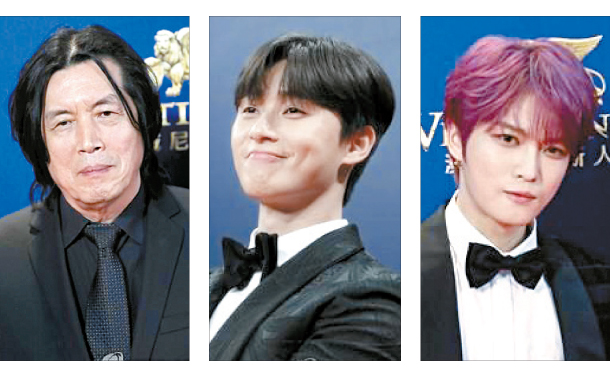 Lee, an award-winning director who was behind the film “Burning” (2018), was awarded both the Best Director Award and the Lifetime Achievement Award. This is not his first time receiving prizes at the AFAs: he was previously recognized for his films “Secret Sunshine” (2007) in 2008 and “Poetry” (2010) in 2011. “Burning” was also recognized at several international film festivals, including the Cannes Film Festival, Los Angeles Film Critics Association and the Toronto Film Critics Association.

Park - who recently starred in “What’s Wrong with Secretary Kim?” - received the AFA Rising Star Award, while Kim, who had just finished his Asian fan meeting tour, was awarded the AFA Next Generation Award.

The AFA is an annual ceremony presented by the Hong Kong International Film Festival Society to recognize excellence in film across Asian countries.