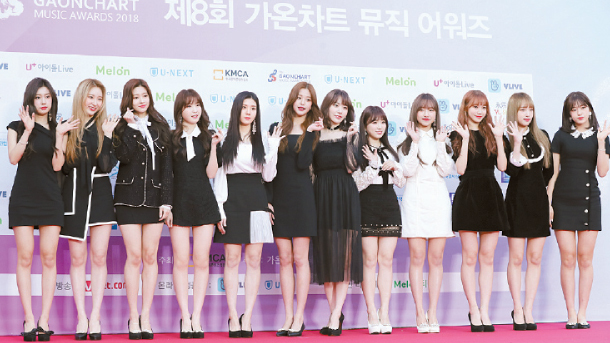 Girl group IZ*ONE is to welcome the spring with its second EP, the group’s agency, Off The Record, announced on Monday.

IZ*ONE - a 12-member act that was formed through cable channel Mnet’s audition program “Produce 48” - will drop “HEART*IZ” on April 1 at 6 p.m., the group’s first release in six months since its debut EP “COLOR*IZ” dropped in October.

The group came as the antecedent of girl group I.O.I and boy band Wanna One, both of who were comprised of 11 members from a pool of 101 contestants.

IZ*ONE is scheduled to perform together as a single band until April 2021.