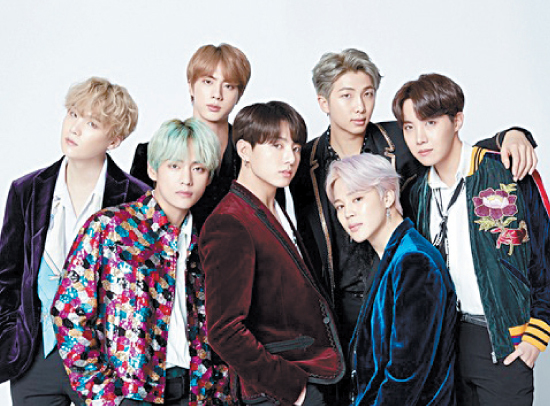 Big Hit Entertainment, home to K-pop’s biggest stars, BTS, announced on Tuesday that its net profit went up by 104.5 percent compared to the previous year, marking the highest performance ever for the company.

The agency’s net profit reached 50.2 billion won ($44.4 million) last year, up from the 24.6 billion won the company earned in 2017. Its income went up, not just because of the group’s album and music sales, but across all fields of business, including advertising and tour concerts, according to the agency.

The factors that contributed to the agency’s success are many, including the fact that the septet’s two albums from last year - “Love Yourself: Tear” and “Love Yourself: Answer” - sold 5.15 million copies, as well as the total of 810,000 concert attendees who filled the seats of the group’s world tour concert series.

“The year 2018 was another year, as well as 2017, that showed the best outcomes reached by BTS’ groundbreaking performances,” said Big Hit Entertainment.

On Tuesday, the agency also reported that preorders for BTS’s new album - “Map of the Soul: Persona” - surpassed 2.6 million copies within less than a week since it went on sale on March 13.

According to the agency, the upcoming album has recorded 2,685,030 pre-sale orders from in and outside of Korea, citing the album’s distributor iRiver.

The album sat at No. 1 on Amazon’s CDs & Vinyl Best Sellers list in the United States for a week.

The septet will release its new music on April 12 and perform its songs live for the first time the following day on the U.S. comedy show, “Saturday Night Live.”