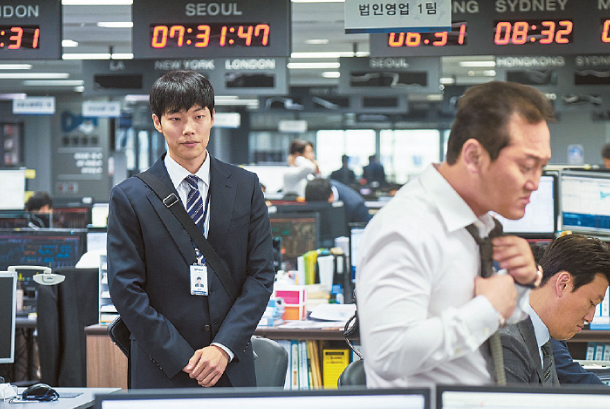 While many people dream of becoming filthy rich, only a few get the chance to be so. And that’s the only reason why Jo Il-hyeon (Ryu Jun-yeol) became a stock broker.

But since his first day at his new company, he has not fared well. Due to a lack of expertise and talent, he is at the brink of being fired. That’s also when he meets a man nicknamed Beonhopyo (Yoo Ji-tae) - which literally translates to “number card.” He offers Il-hyeon a dangerous deal involving dirty money. This may be Il-hyeon’s only chance to become rich because not anyone can work with him. Il-hyeon decides to take the offer.

Meanwhile, Han Ji-cheol (Jo), who works as a “hunting dog” of the Financial Supervisory Service, follows the two to figure out what they are hiding. The chase-and-hunt game among the three begins.

Based on a novel by the same title, “Money” was directed by Park Nu-ri who says that the film is for anyone who has ever dreamt of becoming rich.

It took a lot of time for director Lee Jeong-beom - known for his films “The Man from Nowhere” (2010) and “No Tears for the Dead” (2014) - to return with “Jo Pil-ho: the Dawning Rage.” The crime flick revolves around the 2014 Sewol Ferry Disaster in which a ferry heading to Jeju Island capsized, killing 300 people, most of them high school students.

Jo Pil-ho (Lee Sun-kyun) is a bad detective who turns a blind eye to corruption and accepts bribes. During an evil plan he carries out one day, an accidental explosion occurs, killing his right-hand man Ki-cheol (Jung Ga-ram). Pil-ho, who was also at the scene, becomes the prime suspect of the accident, and the prosecutors start searching for evidence in order to charge him.

In the meantime, Pil-ho discovers that before Ki-cheol died from the explosion, he had sent a video clip to two people - possibly the only evidence that can prove the truth behind the accident.

One of the recipients of the clip is Ki-cheol’s girlfriend, Mi-na (Jeon So-nee), a high school student who suffers from the loss of her best friend, who died from the Sewol Ferry disaster. As both Pil-ho and the prosecutors begin chasing after Mi-na, Pil-ho finds out that a bigger scheme is behind the supposed “accident.” 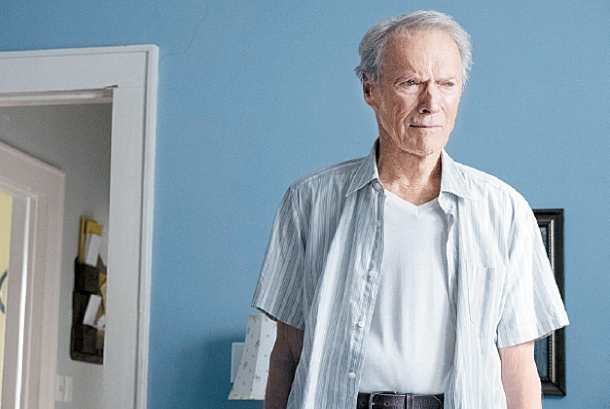 Based on a 2014 New York Times article titled “The Sinaloa Cartel’s 90-Year-Old Drug Mule” by Sam Dolnick, this film is directed by Clint Eastwood and stars Eastwood himself, along with actors Bradley Cooper and Laurence Fishburne.

Earl Stone (Eastwood), a horticulturist and a Korean War veteran, is a “mule” who works with a Mexican drug cartel and transports cocaine from Illinois to earn his living. Stone easily earns the trust of the drug cartel due to his age and background.

Tension arises however, when the cartel’s boss is murdered and Stone postpones a drug delivery in order to stay beside his ill wife.

As the members start to distrust him, Stone is eventually captured and beaten. Meanwhile, the Drug Enforcement Administration agents do everything to track down illegal trading.

Originally released last year in the United States, “The Mule” grossed over $162 million in worldwide box office, according to Box Office Mojo.

Carol Danvers (Larson) - who later becomes Captain Marvel - is a half-human and half-Kree warrior who works for the Kree Starforce. Yet after an accidental explosion that occurs while she is trying to save her colleague, Mar-vell, she can no longer recall her past.

Amid a long-time galactic war between the Kree and the Skrulls - their rival alien race - Danvers and her team are sent on a mission involving a fight with the Skrulls. Danvers, however, is caught by the rival, and while she manages to escape the creatures, she accidentally lands on Earth.

Yet as Danvers slowly unravels the truth about her past on the distant land, she begins to doubt her own identity as a Kree warrior.

Directed by Anna Boden and Ryan Fleck, the movie also provides a connection between “Avengers: Infinity War” (2018) and the upcoming installment of the series, “Avengers: Endgame.” 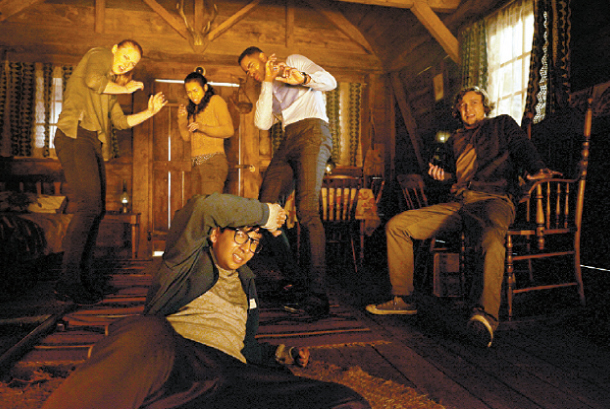 Six strangers - all of different age, gender and nationality - are invited to the Minos Escape Room, for a $10,000 prize challenge. Minos is famed as the world’s best escape room game company.

When all the participants arrive, they are taken to the “waiting room,” soon to realize that the game has already begun. After one of the members steps on a trap, the room instantly starts to heat up and the members rush to discover the necessary clues and solve puzzles in order to escape.

The challenge, however, is no ordinary one: each room gives different members flashbacks to painful memories. Not only must they survive the physical challenges provided but they must also overcome the mental challenges to reach the final room for the big prize. 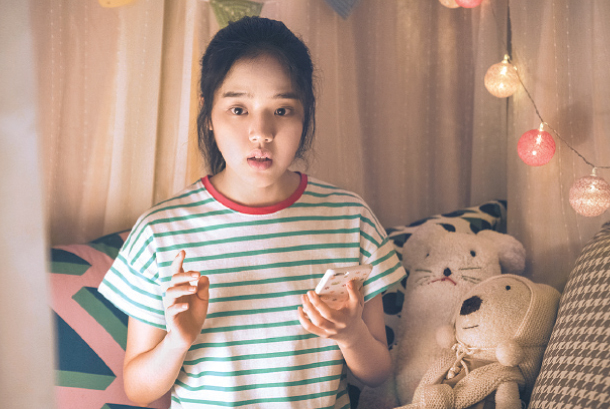