For Chun Woo-hee, ‘Idol’ was a big transformation: For latest role, the actor shaved off her eyebrows and went to a dark place

For Chun Woo-hee, ‘Idol’ was a big transformation: For latest role, the actor shaved off her eyebrows and went to a dark place 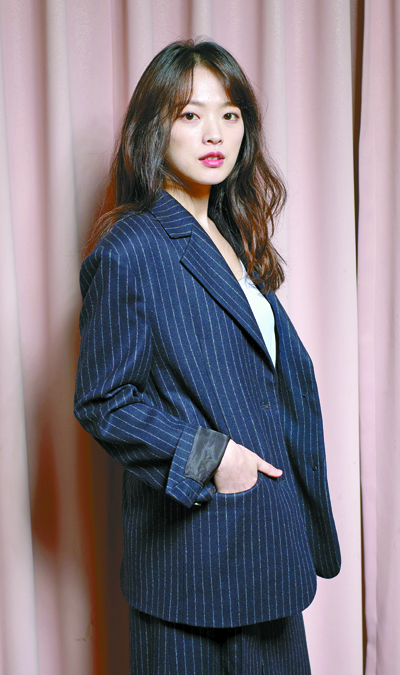 Director Lee Su-jin’s new feature “Idol” - which was recently invited to the Berlin International Film Festival - has received a mixed response by audiences both in Korea and abroad. While some claim the thriller is another noir masterpiece of Lee’s, many others say that despite its fast-paced, thrilling plot, the film throws in a lot of confusing pieces of puzzles, leaving people confused in the end about what the movie is trying to convey.

The film follows three characters - Gu Myeong-hoe (Han Suk-kyu), Yu Jung-sik (Sul Kyung-gu) and Choi Ryeon-hwa (Chun Woo-hee) - who are faced with moral challenges while chasing after their own “idol.” After Myeong-hoe, a doctor-turned-politician, returns from a business trip, he discovers that his son brought home the corpse of a man he hit while driving Myeong-hoe’s car late at night. He takes the corpse back to the scene of the crime and makes his son confess.

Joong-sik, the father of the victim named Bu-nam, starts to carry out his own investigation on the case, thinking that it is not simply an accident. He begins by searching for Ryeon-hwa, his son’s bride who was with Bu-nam when the car crash happened.

Ryeon-hwa, an undocumented Chinese immigrant in Korea working at a massage parlor, is a crucial figure in the film who affects the actions of both Myeong-hoe and Joong-sik.

“Ryeon-hwa is a character who is explained through the other characters [in the film] - especially Joong-sik,” Chun explained during a recent interview. “She is a person who doesn’t even have all the basic human rights. She’s someone who relies on survival.”

Although Chun had starred in many other dark, noir films - most iconically in Lee’s previous features “Han Gong-ju” (2014), “The Piper” (2015) and “The Wailing” (2016) - this was one of her hardest ones to film. Throughout the six-month filming period, she spent most of the time thinking about ways to portray her character.

“I did not want my character to appear scary,” she said. “I thought a lot about how to make viewers sympathize with a character who has a frightening appearance and carries out horrifying actions. I thought about why she would behave in such ways and how I could act that out. I got too immersed in my character that I became stressed out when I could not play her well on set. [I was also stressed out at home] because I could not go anywhere with my eyebrows shaved. At the same time, I felt pressured to do well because this is my second project with director Lee. And then, actor Kim Joo-hyuk [with whom I appeared in tvN’s drama “Argon” (2017)] passed away, which made me think, for what am I working so hard? So a lot of thoughts crossed my mind.”

Chun felt pressure to work hard, but at the same time, she was happy to work with director Lee again.

“I liked the fact that director Lee was the same as before - he wasn’t too ambitious about doing much better than before; he just did what he had to do, without [giving up]. I felt very thankful to him.”

Throughout the interview, Chun recalled her missing eyebrows several times, talking about how hard it was for her to make the decision to shave them off.

“It was written in the script that my character had no eyebrows,” she said. “So I asked the director and he told me to shave them off. I jokingly told him that he should do it too, and he really did. He told me that it would grow back. I was left speechless. Nobody except my family knew that I had shaved them.”

Ryeon-hwa, in fact, is the most conspicuous figure in the film, in terms of her appearance. Not only are her eyebrows missing in some of the scenes, she has wavy hair with very short bangs. She even wears a bright green track suit in some scenes. 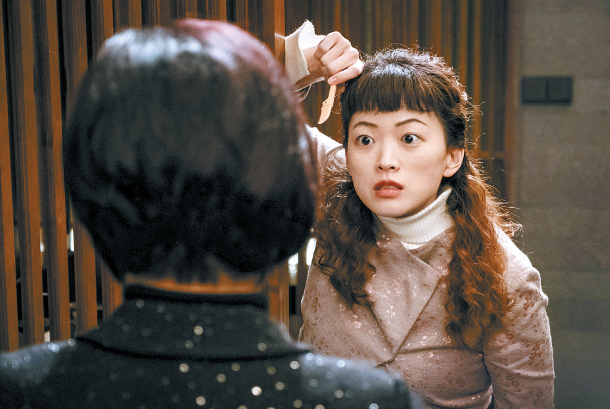 “The bangs,” she explained, “were actually meant to hide my missing eyebrows but that didn’t turn out well. As for the suit - the staff constantly told me I looked ‘cute.’ That wasn’t really my intention.”

Although Chun is aware of the mixed response from the public regarding the difficulty of the movie, she said that each viewer will get something different out of the movie.

“If you don’t concentrate much trying to figure out the message of the film or the meaning behind [each element in the film] and just go with the flow, then it will turn out to be fun. I believe that not all movies must be clear-cut and kind to the audience. I hope that people don’t get scared before watching the movie.”

She added, “The film is actually about illusion. ‘Idol’ is something that lacks true nature. [The characters] follow their beliefs - all in vain.”

Having grown tired of appearing in dark films, Chun’s next project will be “Vertigo,” a romance flick directed by Jeon Kye-soo, who was behind “Love Fiction” (2011).

“I have long wanted to try out a variety of genres,” she said. “I’m very curious about how I will turn out in the movie. I wanted to show a different side of who I am through this one. Actually, this is also why I started a YouTube channel. Some people recommended that I make one so that I can show who I am in my daily life.”

“Idol” is rated 15 and above and comes out in theaters today.