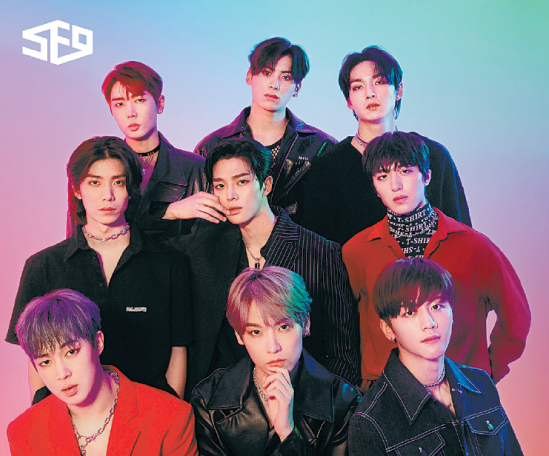 The album features 10 popular songs off of their Korean albums sung in Japanese, including “Enough,” a song the group released in Korea in February, and other songs such as “Unlimited,” “Photograph” and “Be My Baby” which were also popular among Korean fans.

Their song “Enough” was a hit among K-pop fans, pushing them higher on the local music charts than they had ever been before.

SF9 will begin meeting their Japanese fans starting today in Aichi, followed by Fukuoka, Tokyo and Osaka, to promote their new album.

They will kick off their Japanese concert tour, also titled “Illuminate,” on April 2 in Tokyo, followed by Nagoya on April 4 and Osaka the next day.

On April 19, the group heads off to the United States, followed by Russia, Poland, Germany, the Netherlands, France and Britain for their “Unlimited” world tour.

The group’s agency is currently facing hard times due to FT Island member Choi Jong-hoon and Lee Jong-hyun of CNBlue being mired in the ongoing sex and drugs scandal surrounding Lee Seung-hyun - better known by his stage name Seungri.

Choi announced that he would quit FT Island, while Lee, who’s currently serving in the Army, has not mentioned any plans on retiring.