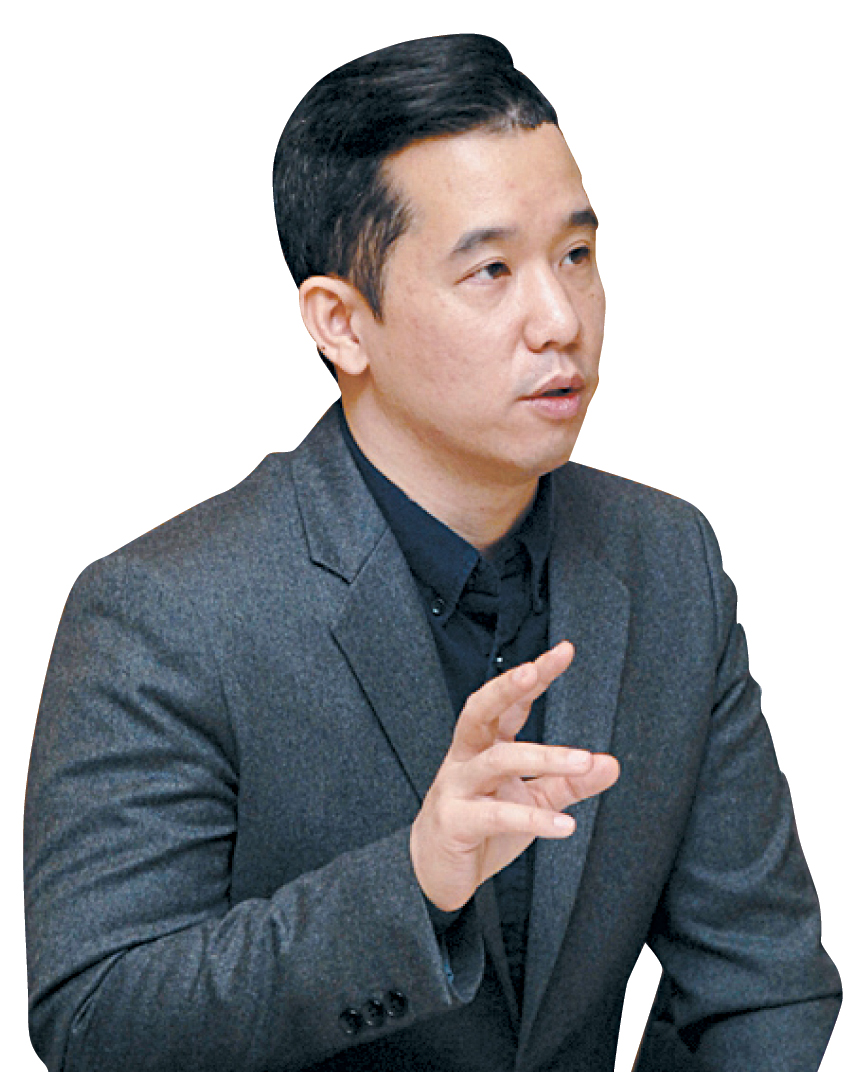 The game is called: Maybe.

It will be introduced in cooperation with Naver next month. Within the dialogue-driven game, players will be required to make choices that will affect the storyline of an episode.

In a scene provided by Vonvon, a character from Webtoon’s “Oh! Holy” comic says, “I can’t do this alone, would you like to help me?” The player is given two choices: They can either politely deny the request or provide help. The choice the player makes changes the plotline.

“We started the company with a vision of providing entertaining stuff online for people across the world,” said Kim Jong-hwa, founder and CEO of Vonvon at Coex, southern Seoul. “We are looking to expand to more platforms so that more people can laugh and have fun.”

The 43-year-old Seoul National University graduate said he started Vonvon with six others to give people around the world easy access to online fun. The 4-year-old start-up made 19.5 billion won ($17.3 million) in revenue last year, up 16.4 billion won from its founding year. Around 40 percent of the revenue was counted as net profit in 2018, Kim said.

Kim started the company after achieving success with two different start-ups. He founded Wingbus, a travel information providing start-up, in 2005 and launched Daily Pick, a coupon-sharing company for restaurants, in 2010. The companies were sold, one to Naver and the other to TMON. 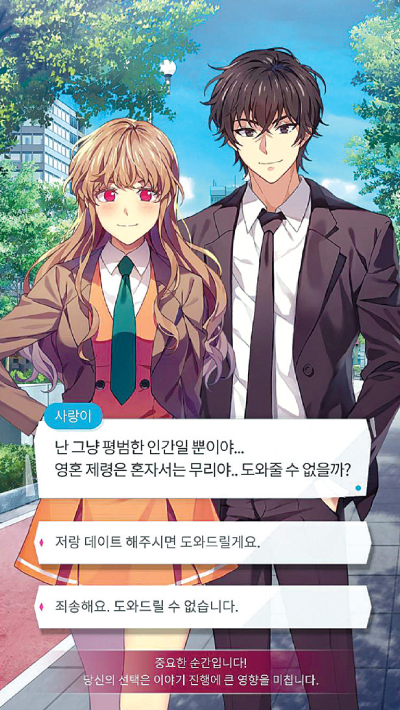 A scene from Maybe, Vonvon’s mobile storytelling game being released in April. Player choices influence the storyline of each episode. [VONVON]

Although Kim’s third start-up is based in Korea, its viewers are mostly in overseas. In fact, viewers in Korea account for less than 5 percent of the total. The rest of the Asia accounts for 40 percent, and 34 percent of views are from English-speaking countries in Europe and North America.

The company’s quizzes, introduced upon founding in 2015, are now available in 17 languages across several social media platforms.

“We were primarily focused on spreading our brand and quiz services globally in 2015 and 2016,” Kim said. “The global traffic base we acquired then helped us introduce new services to consumers in 2017 and on.”

Since 2017, the company has expanded its business to develop mini web games and provide instant news services. It has attracted people to play games within their social media applications, while launching subsidiary brands to spread viral news across the internet each day to subscribers and followers of its social media pages.

The chat-based mobile game Maybe, which will be available in April, features popular characters from Naver Webtoon cartoons and graphic novels. Players will be able to customize their characters in each episode and pick “premium” choices with in-app purchases.

“Naver Webtoon has gained huge popularity not only in Korea but also in neighboring countries like China and Japan,” Vonvon’s CEO said. “We thought partnering with Naver would be ideal.”

Maybe will have 10 episodes available for gamers immediately upon release. Vonvon expects to provide follow-up episodes on a weekly basis, just as Naver does with its weekly online cartoon series.

The game will be available in Chinese and Japanese languages for foreign consumers later this year.