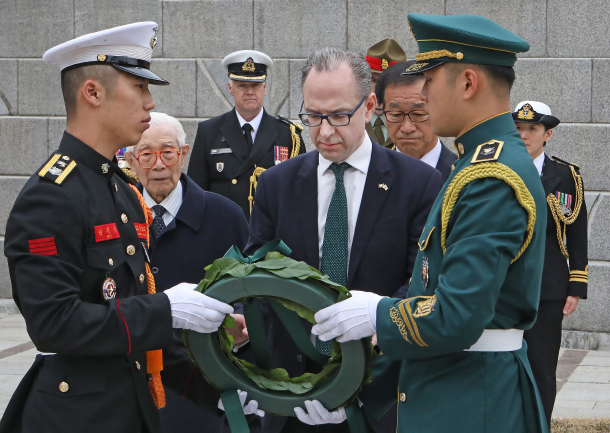 Ambassador of Ireland to Korea Julian Clare lays a wreath at the Irish memorial set up at the War Memorial of Korea, central Seoul, Wednesday to remember those born in Ireland and of Irish heritage who died during the Korean War (1950-53). At least 109 Irish-born soldiers died serving with the Royal Ulster Rifles and at least 30 Irish-born U.S. soldiers died during the war, according to the embassy. The event was organized by the Irish Embassy in Seoul and supported by the Irish Association of Korea, UN Korean War Allies Association and the Ministry of Patriots and Veterans Affairs of Korea. [PARK SANG-MOON]