Seoul in denial of new sanctions push in U.S. Congress

Seoul in denial of new sanctions push in U.S. Congress 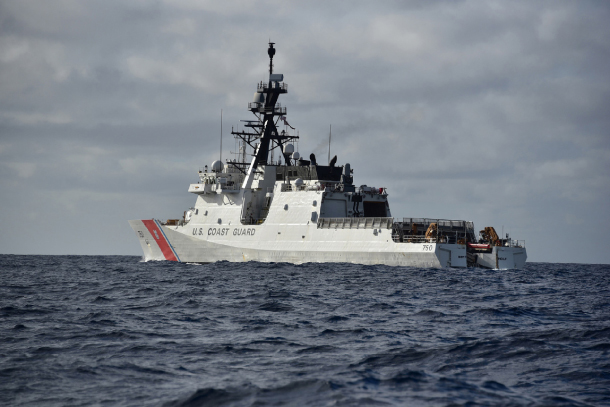 The U.S. Congress may pass a bill calling for additional sanctions on North Korea as early as May, according to multiple diplomatic sources Tuesday, a move to pressure Pyongyang to take meaningful denuclearization measures.

Despite analysis by Seoul officials that Washington was unlikely to implement new sanctions on North Korea in the near future, the sources indicated that preparations for new legislation are already finished.

“Following the collapse of the second North-U.S. summit, the Republicans and Democrats are considering introducing legislation to strengthen sanctions on North Korea,” said one diplomatic source in Washington. “Because they have been preparing the bill for a year, there is plenty of possibility it may be introduced in May or June.”

The source said that the push to strengthen sanctions on the North is centered around the Senate’s committees on armed services, finance and foreign relations.

Another overseas source said, “If North Korea doesn’t show steps toward meaningful denuclearization measures by next month, it will be a matter of time that sanctions will be strengthened, rather than eased.”

The source added, “I met with a key U.S. administration official in charge of sanctions following the Hanoi summit who clearly said that they are not considering sanctions relief to allow the resumption of Mount Kumgang tourism or the reopening of the Kaesong Industrial Complex.”

Both sources emphasized that the decision is up to North Korea, and that there isn’t much time left - in contrast with the South Korean government’s position that new sanctions are not imminent after the summit between North Korean leader Kim Jong-un and U.S. President Donald Trump at the end of last month in Hanoi failed to produce an agreement.

A Seoul official said last week that “it is a well-known fact that the United States may strengthen sanctions, but it will take months to draft a bill,” adding that it is unlikely that Washington will implement additional sanctions on the North very soon.

The U.S. Congress is setting a deadline of May or June to pass a sanctions bill on the North because campaigning for the 2020 presidential race will kick off in the latter half of the year. Congress will also be focused on passing the budget for next year starting in October.

“Starting from the fall, the focus will be on the budget bill, and from November, there is Thanksgiving and a series of year-end holidays,” said the Washington source. “The current bipartisan atmosphere in the Congress is that if North Korea doesn’t show movement toward denuclearization, a bill to strengthen sanctions on the North will be passed in May or June.”

The bill being prepared in relevant Senate committees is expected to try to cut off North Korea’s financial transactions, halt its transshipments, strengthen international cooperation and expand monitoring efforts.

The U.S. Coast Guard Pacific Area in a statement Tuesday revealed that the USCGC Bertholf, a Legend-class WMSL-750 cutter tasked with enforcing UN sanctions, arrived at Sasebo Naval Base from the East China Sea on March 3.

It added that patrol is a part of Washington’s “ongoing contribution to international efforts in combating North Korea’s maritime sanctions evasion activity.”

UN Security Council resolutions aimed at curbing the North’s nuclear and missile program ban ship-to-ship transfers of fuel and coal going into and coming out of North Korea.

South Korea’s Ministry of Foreign Affairs spokesman Kim In-chul maintained in a briefing Thursday that the “issue of sanctions relief is linked to whether North Korea takes meaningful measures toward denuclearization.”

However, hard-liners on North Korea like John Bolton, the U.S. national security adviser, have warned since the failed Hanoi summit that Washington could possibly strengthen sanctions on the North and are advocating a so-called big deal on denuclearization, as opposed to a more phased approach that has been favored by Seoul.

Bolton told CBS News on March 3 that Washington was looking at ways to “tighten” up its maximum pressure campaign on Pyongyang, including ways to halt “the ship-to-ship transfers that the North Koreans are using to evade the sanctions.”

South Korean Foreign Minister Kang Kyung-wha on Monday briefed the National Assembly’s Foreign Affairs Committee on the U.S. position on the Hanoi summit, and said that in the talks Washington prioritized an agreement on the definition of denuclearization, a freeze on all weapons of mass destruction (WMD) and missiles programs and a roadmap toward denuclearization.

A South Korean Foreign Ministry official said Thursday, “What the United States proposed was agreement on complete denuclearization, or the end state, including the freezing of the North’s WMD and missile programs and a roadmap to get from this freeze to the end state.”

U.S. Ambassador to Seoul Harry Harris in a speech at the University of California, Berkeley, Wednesday likewise said that South Korean President Moon Jae-in and President Trump are “in agreement on the end state of the North Korean question.”