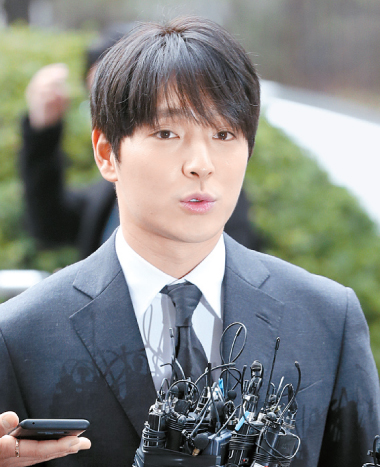 FNC Entertainment terminated its contract with Choi Jong-hoon, a former member of boy band FT Island, amid allegations that he tried to bribe a police officer after getting caught driving drunk.

The agency revealed on Thursday evening that they “have concluded that a relationship based on trust cannot continue anymore.”

“We have been releasing statements on his behalf, based on his words, which he has kept on changing.”

The agency did not clearly state when they ended the contract. Choi himself would have stated the details of the ongoing case to police during questioning that took place on March 16.

Choi had been taken in for questioning earlier in March as a witness to the scandal surrounding Lee Seung-hyun - better known as Seungri of Big Bang - when it spread to a KakaoTalk chat room with eight people including Choi, Jung Joon-young and Lee Jong-hyun (member of CNBlue).

Choi and Lee both denied having a stake in the chat room, and stated that they were just acquaintances of Jung.

But later reports revealed that Choi had been caught driving under the influence in February 2016 and tried to bribe a police officer to cover up the case, which the officer refused.

Choi was fined 2.5 million won ($2,200)and had his driver’s license suspended for 100 days. The police charged him with attempted bribery on Thursday.