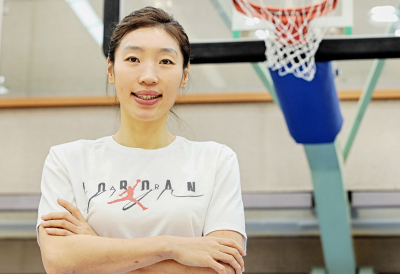 After 20 years as a professional player in the Women’s Korean Basketball League (WKBL), Lim Yung-hui of the Asan Woori Bank Wibee finally hung up her jersey on March 18.

For the first 10 years of her career, Im was a little-known sixth woman, but she grew to become a crucial player both in the WKBL and on the national team.

By losing the third playoff game against the Yongin Samsung Blueminx 68-75 on March 18 in Asan, the Wibee completed their 2018-19 season.

As the Wibee had been dominating the WKBL regular season and the championship since the 2012-13 season, their elimination in the playoffs was a surprise. As well as failing to hold the title for a seventh-straight year, the Wibee’s exit also meant an unexpectedly early finish to Lim’s career. 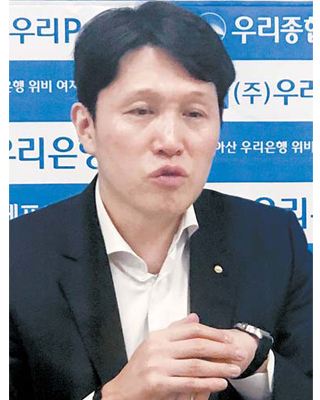 Asan Woori Bank Wibee head coach Wie Sung-woo tears up while talking about Lim Yung-hui in a post-game interview after the team lost to the Yongin Samsung Blueminx on March 18. [YONHAP]

“Even at 40, she still got yelled at by the coach, but she didn’t say anything and just played,” said head coach Wie Sung-woo. “When I think of Yung-hui, I always feel sorry and thankful. I’m just thankful that I met a player like Lim during my coaching career.”

After a standout career at Masan Girls High School, Lim made her pro debut in 1999 with Gwangju Shinsegae, now the Bucheon KEB Hana Bank.

Despite the spotlight she received as an amateur, she quickly disappeared into the background and played mostly as sixth woman when Lim made her debut.

Things started to change when she joined the Wibee for the 2009-10 season, especially when Wie was appointed head coach in 2012.

Starting from the 2012-13 season, Lim and Park Hye-jin have led the Wibee to sweep the WKBL’s regular season and championship. Following their success in the league, Lim started getting a reputation on the national team.

Most recently, Lim competed for the inter-Korean women’s basketball team at the 2018 Asian Games, winning silver.

But it’s not all about the awards.

This season, Lim played her 600th career match, a record for the WKBL. Her unparalleled professional career also earned her the respect of rival players — when the Wibee lost to the Blueminx, even the opposition players started getting emotional about Lim’s retirement.

“To win against Woori Bank, Yung-hui was the player that we had to overcome,” said Park Ha-na of the Blueminx. “After the game, Yung-hui told us to win [the championship].”

Even the Blueminx’s head coach Im Geun-bae highly complimented Lim after the match, saying, “It’s not an easy thing to maintain the top spot on the professional stage at 40. Yung-hui is a great player.”

The Blueminx’s Kim Han-byul said that Woori’s early exit is a little disappointing, despite the Blueminx defeating them to advance to the championship. She didn’t forget to thank Lim as she helped Kim a lot when playing together on the national team.

Judging by the comments of the coaches and players after the game, Lim truly was a respected player by many in the league and on the national team. However, Wie will now have to put aside his emotion and start thinking about next season.

“We’ll prepare well for the next season and show that Woori Bank can be strong without Lim Yung-hui,” Wie said.

Although Lim concluded her career as a player, she will still appear on the court in the upcoming season — she is continuing with the Wibee as part of the coaching staff.