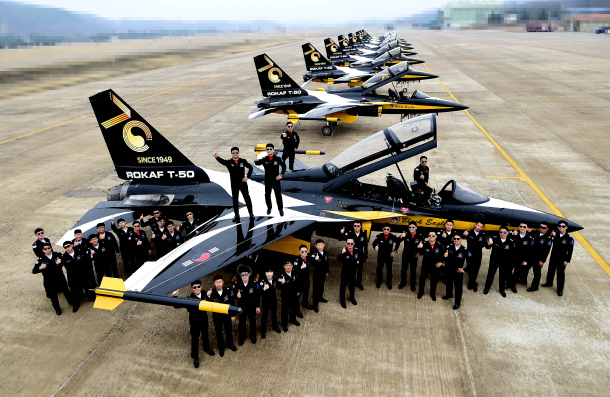 Soldiers pose with the Air Force’s Black Eagles T-50B jets, newly painted to mark the 70th anniversary of the foundation of the Republic of Korea Air Force this year, in a photo released Sunday. The Black Eagles aerobatics team also conducted an air show using the T-50B jets to mark the anniversary. [YONHAP]