Propofol use is alleged against Samsung heiress

Propofol use is alleged against Samsung heiress 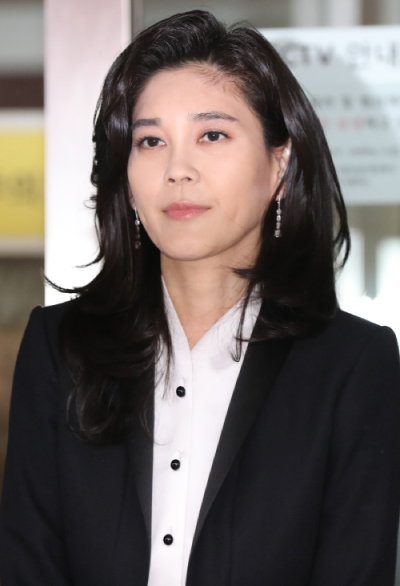 Police booked the head of a plastic surgery clinic in southern Seoul on Sunday for allegedly administering propofol, a powerful anesthetic, for non-medical purposes on Lee Boo-jin, CEO of Hotel Shilla and sister of Samsung’s de facto CEO Lee Jae-yong.

Lee was accused by a former nurse at the clinic, located in Cheongdam-dong, Gangnam District, of abusing the drug from January to October 2016 in a report by an independent news outlet, Newstapa, on Wednesday.

“She would come in at least twice a month while I worked at the clinic from January to October of 2016,” the nurse told Newstapa. “When she would come, she would be injected with the drug in the VIP room.”

The nurse said that Lee would sometimes stay in the room for up to 10 hours. On a day in September 2016, the nurse said she went into the room to clean up after she left, and found two boxes of used propofol containers that she said meant a total of at least 200 milliliters had been injected over some 8 to 10 hours.

“That day, before Lee left the clinic, she asked me to ask the head of the clinic, who had gone home, to ask for an additional injection of propofol,” the nurse said, adding that Lee seemed “addicted” to the drug.

The Ministry of Food and Drug Safety states that propofol should only be used as anesthesia for surgeries or as a sedative for a patient in critical condition on a respirator. It states that in the case of surgeries, anesthesia will be induced with the administration of 4 to 8 milliliters of the drug, within 60 to 120 seconds.

Police, after questioning the nurse, raided the clinic on Saturday and are inspecting medical records they seized. They said they plan to summon the head of the clinic soon.

The nurse told the news outlet, however, that the clinic did not keep a record of Lee’s visits and prescriptions, and that there are no CCTV cameras in the clinic.

If the allegation that the clinic administered propofol to Lee without leaving any record is true, then the head of the clinic and other medical staff can be prosecuted for violation of the Medical Service Act. If Lee was injected with propofol for a non-medical purpose and as regularly as the nurse alleged, the medical staff could also be prosecuted for violation of the Narcotics Control Act.

Lee’s office reportedly admitted to her receiving minor plastic surgery treatments on her eyelids from the clinic in 2016.