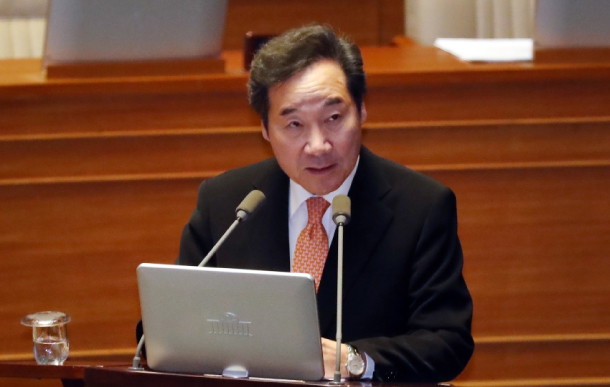 In logics, cherry-picking refers to a biased attitude of hiding unfavorable evidence or data and selectively offering favorable data that fits conclusions. It can be compared to the confirmation bias in psychology, which refers to taking information that only coincides with one’s belief and ignoring others.

President Moon Jae-in and his administration are cherry-picking economic indicators. In a cabinet meeting on March 19, Moon said the economy was maintaining healthy growth. He based his judgment on the improvement of employment data thanks to more jobs for seniors, seasonal factors for production and consumption indicators, and impact from investment. He did not present the fact that exports have gone down for three consecutive months and other declining indicators.

Prime Minister Lee Nak-yon went a step further. On March 21, he said that last year’s economic growth rate of 2.7 percent was the second highest after the United States among Organization for Economic Cooperation and Development (OECD) members. He was referring to the fact that Korea was the second among the seven OECD countries with more than $30,000 in per capita gross national income (GNI) and a population larger than 50 million. In fact, last year’s growth rate for Korea was 21st among 36 OECD members.

When an opposition lawmaker last Thursday asked Deputy Prime Minister for the Economy Hong Nam-ki what he thought was the best economic policy, he responded that there were too many to name. After laughter broke out in the National Assembly, he added that he meant to say that the government worked hard. He must have been joking, but I am still worried. I think the government must do well instead of simply working hard. The government seems to be bent on cherry-picking statistics. Selection should be reserved for an ice cream shop.