Rep. Rhee Cheol-hee of the ruling Democratic Party alleged Monday that the chairman of telecommunications giant KT, Hwang Chang-gyu, was behind the recruitment of politicians and public officials as lobbyists for KT.

On Sunday, Rhee claimed that KT signed contracts with 14 politicians and retired and incumbent officials as management consultants to help KT win projects with the government since Hwang took office in January 2014. 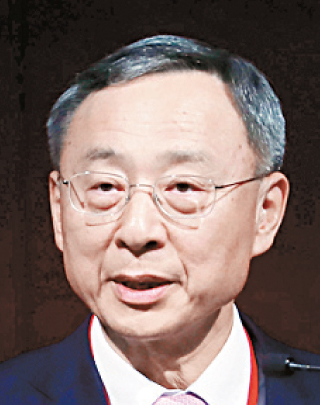 Rhee had a list of the names of the 14 people, their duration of service as management consultants for KT and their pay. They were six politicians, one retired general, two former senior police officers, three high-ranking government officials and two executives in the private sector. According to his list, they were paid some 2 billion won ($1.7 million).

He released the list on Sunday, though he only disclosed the surnames of the alleged lobbyists.

Many of them were recruited through 2015, when KT was trying to win approval from the Fair Trade Commission for its request to merge with CJ HelloVision. The company was also locked in a feud with cable businesses over its new service that broadcast materials through the internet, not through a satellite antenna. In a press release on Monday, Rhee released a copy of an alleged internal guideline on managing the consultants.

“The chairman has the authority to appoint … [and] make a final confirmation on management consultants,” the guideline reads.

“That means that Hwang Chang-gyu could appoint anyone he wanted as a consultant without restriction on the duration of their service and their salary,” Rhee said in the press release.

On Monday, Rhee also released a copy of an alleged contract signed between one of the 14 consultants and KT.

“Although the name of the consultant had been erased from the copy of the contract that I obtained, based on the duration of the consultant’s work as written in the contract and the payment, it seems to be that of Mr. Lee, a former adviser to the Liberty Korea Party Rep. Hong Moon-jong,” Rhee said. “This is clear evidence that KT had a system of recruiting these people as consultants and paying them some 2 billion won out of the company’s money across a span of four years.”

Rep. Hong released a statement in response on Monday, saying, “I have not been involved in my aide’s alleged role as a management consultant for KT. Please stop pulling old political tricks.”

KT has not put out an official response yet.

“We don’t have an official statement yet,” a KT spokesperson told the press Monday. “But regarding the allegation, we can say KT signed contracts with the consultants through ordinary means and received their advice on the company’s management.”

If KT is found to have paid a consultant “who did not provide a service to the company,” Rhee said, the company can be sued for corporate malpractice.