Year of the giant shareholders

Year of the giant shareholders 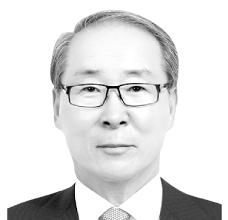 Jung Koo-ryong
The author is the chairman of the Korea Listed Companies Association.

The quorum factor posed as a common problem for listed companies after shadow voting became invalid from late 2017. Shadow voting was in practice from 1991 to help companies meet quorums by allowing the Korea Securities Depository (KSD) to vote on behalf of minority shareholders who entrusted their voting rights to the depository. Activist groups called for an end to the system, claiming it only helps large shareholders in family-owned business groups. The system was scrapped without readying an alternative mechanism to ensure a quorum for companies.

The proponents claimed that a lack of a quorum won’t pose a problem if companies allow electronic or online voting and spread out the meeting dates so that individual shareholders can show up and participate more easily. But minority shareholders do not perceive their votes to be as valuable as a vote in election.

In shareholder meetings of bigger companies, the presence of an assertive big brother weighed heavily. Since the adoption of a stewardship code, the NPS, the country’s largest institutional investor, pledged a proactive role to ensure better shareholder interests and corporate governance. The NPS, which was relied on as a white knight for major companies in the past, suddenly took a new role at a time when the owner family members of the Hanjin Group created a series of controversies as a result domineering management style last year. Worsening public sentiment toward the excesses of chaebol family members helped validate the big brother role of the national fund.

A steering committee on fund management and a separate committee for exercising voting rights in individual companies gave the NPS the right to interfere in Hanjin Group through its sizable stakes in the holding entity and in Korean Air Lines. But the fund’s stretch into management affairs beyond its primary role of seeking security and profit in the management of post-retirement assets further undermined the security of the fund, which had incurred 6 trillion won ($5.3 billion) losses in investments last year.

Hedge funds also became more active at this year’s shareholder events in Korea. U.S. activist fund Elliott Management waged a proxy contest with Hyundai Motor after demanding 8 trillion won in cash dividends from Hyundai Motor Group. The hedge fund was defeated in the March 22 shareholder meeting as investors were swayed by proxy advisors, including International Shareholder Services and Glass Lewis, disapproving of the fund’s excessive demands. However, its persistent campaign demonstrated that fears about hedge funds chasing immediate returns with little regard for a company’s future were not entirely exaggerated. They acted as if they were licensed to make reckless demands on Korea’s family-owned chaebol and could have influenced retail shareholders.

This year’s developments raise a common call to minority shareholders to keep a more watchful eye on large shareholders. The activist funds aim to stir more activism from shareholders. But most minority shareholders do not care who sits on the board and makes management decisions, as they are more engrossed in making money from their investment. They instantly lose their interest in existing or past shares if they find new appeals on the stock market. They do not have a strong commitment to a single share. All they want is their stock to rise and bring them profits. These retail investors hold stocks around for four months on average. They do not have the patience to stick around for shareholder meetings held once a year in March.

Large shareholders, on the other hand, invest money for future value and sustainability. They must stay with the company regardless of ups and downs of the stock value. Retail investors are passengers who change at every stop, while large shareholders must stay on the bus until it arrives at its destination. General investor nature must be understood to address issues related to corporate systems. Any improvements in the systems therefore are best sought in line with global standards and norms.