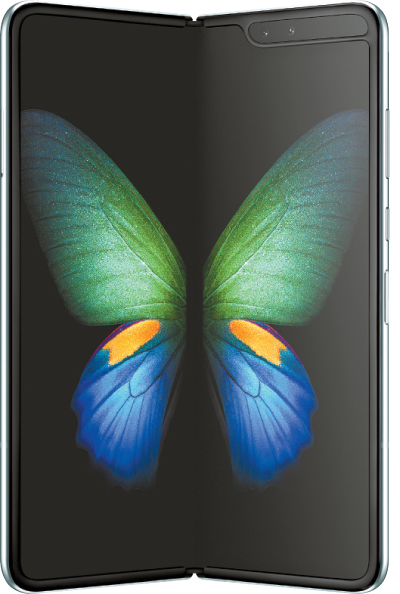 Samsung Electronics’ foldable smartphone will land in the European market in May, the company said Tuesday.

Customers in Europe could preregister their interest in the device from March 25, with preorders starting on April 26. The foldable phone will hit the U.S. market on April 26 before becoming available in Europe on May 3.

Samsung’s flagship Galaxy Fold smartphone opens like a book into a dual-screen to transform from a phone with a 4.6-inch display to a 7.3-inch tablet. The phone made headlines around the world when it was unveiled at MWC in February.

The device comes with a total of six cameras of between 8 and 16 megapixels: one on the front cover, two inside and three on the back.

Batteries on each side of the phone provide a capacity of 4,380 ampere hours (mAh), larger than the latest phones from its high-end rival Apple.

The device will be available in 15 European countries, including France, Britain, Italy and Spain through telecoms companies as well as Samsung online shop and its experience stores. In Britain, the phone will be sold through network provider EE.

Samsung’s foldable phone is expected to be available in the domestic market in mid-May.

Huawei’s take on the foldable phone, the Mate X, is seen as the major rival to the Galaxy Fold.

Huawei hasn’t yet announced its release date, but it is reported to be coming at some point in the first half of this year.

LG Electronics took a different approach with its V50 ThinQ, ignoring the foldable screen idea completely in favor of a secondary detachable screen, but has failed to generate much interest.