Seven Game of Thrones whiskies to be offered

Seven Game of Thrones whiskies to be offered 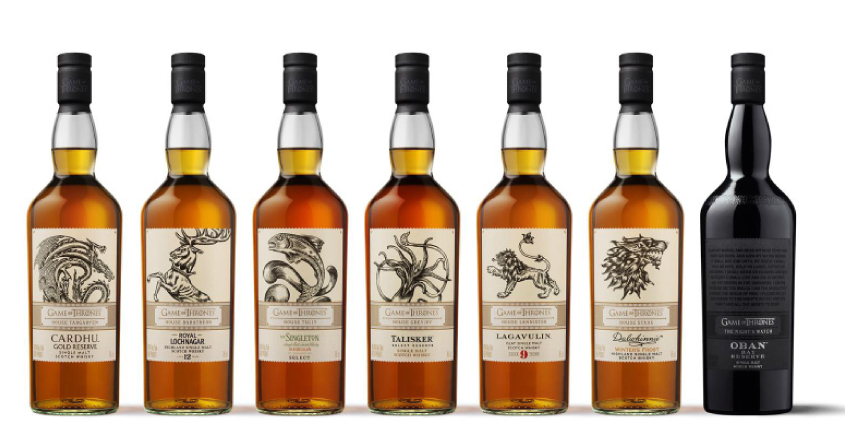 Diageo Korea will start sales of a whisky series based on Game of Thrones later this month, the company said Tuesday.

The company will offer seven different single-malt whiskies, each representing one of the seven noble families in the HBO TV series. The labels are printed with the symbols of each family.

“We tried to pair the noble houses’ backgrounds to the whisky’s production site,” Diageo explained.

A house from the coldest areas in the series is made with whisky produced by the Dalwhinnie Distillery, one of the highest and coldest distilleries in Scotland.

Sales will begin at major discount chains and department stores starting from late March. The seven-bottle set will be available for about 600,000 won ($529).

A launch event will be held for the public at the Westin Chosun Hotel Seoul on March 28. Visitors will be able to try all seven types of whiskies.