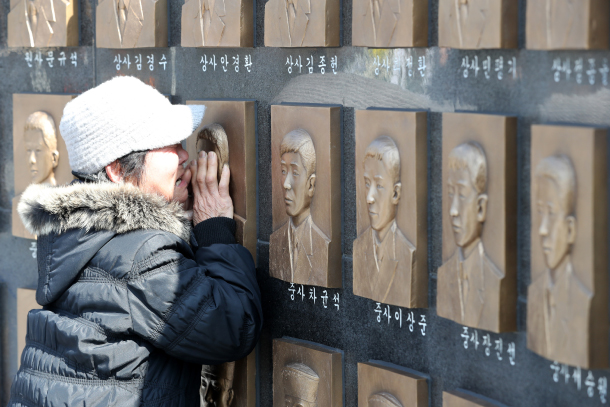 A woman touches an embossed bust of one of the 46 sailors who were killed aboard the corvette Cheonan at the ninth memorial service for the Cheonan sailors at the headquarters of the Korean Navy’s Second Fleet in Pyeongtaek, Gyeonggi, on Tuesday. The ship was allegedly hit and sunk by a North Korean torpedo on March 26, 2010. [NEWS1]