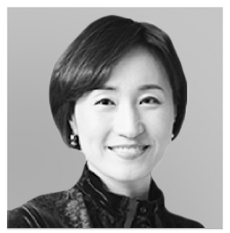 Kim E-je
The author is a professor of social studies education at Gyeongin National University of Education and the chief of the Research Committee at the Korean Institute of Southeast Asian Studies.

President Moon Jae-in stirred controversy after speaking a greeting in Indonesian during his trip to Malaysia. Some critics called it a diplomatic discourtesy that laid bare Korea’s poor protocol. But Moon’s mistake does not seem to be a big issue in Malaysia. Indonesia and Malaysia share the same cultural roots and people-to-people exchanges have grown robust between the two countries, not to mention the strengthening sense of community among members of the Association of Southeast Asian Nations (Asean). Malaysia’s Prime Minister Mahathir Mohamad, who was present when Moon bungled the greetings earlier this month, has a few Indonesians in his family, including his eldest son-in-law and father-in-law. It appears he generously perceived Moon’s Indonesian greeting as a foreign leader trying to respect the culture of a country he was visiting.

What was more inappropriate was a question Moon asked during a stop at Cambodia’s Angkor Wat. “How did a big civilization like this collapse?” he asked. For a person who once dreamed of becoming a historian, that question could be appropriate. But Cambodians could have perceived the question as quite offensive.

The more serious problem lies in the program of Moon’s tour around Southeast Asia, when he visited Brunei, Malaysia and Cambodia from March 10 to 16. Korea’s ignorance and prejudice toward Southeast Asia, which was evident in Moon’s controversial Indonesian greeting, is a chronic disease with deep roots in Korea, which critically lacks regional experts in Southeast Asia. As the government lacks a vision, detailed strategy and operation plan for its New Southern Policy, Moon simply repeats a vicious cycle of filling his itinerary with perfunctory protocol based on traditional practices every time he goes on a tour around Asean.

Key topics of Moon’s most recent tour were the establishment of infrastructure and smart cities, as well as cooperation in information technology and the halal industry. Yet simply proclaiming it does not automatically lead to a tangible outcome. The Moon administration has to visually show a smart city model of a new concept on the backdrop of an economic roadmap that embraces the vision and strategy of the New Southern Policy tactfully intertwined with Korean cultural content that holds a competitive edge in Southeast Asia. Another option could be for Seoul to focus its resources on a certain field that a local Southeast Asian government is interested in and create some sort of successful model out of it, even if that model turns out to be a modest one.

It’s also crucial to build a connection between the New Southern Policy and Korea’s actual circumstances. In order for the New Southern Policy to succeed in Asean, where half the population is Muslim, it’s imperative that the Korean public receive education on Islamic culture. Islamophobia is a serious issue in Korea, where many people commonly speak ill of a religion that has 1.8 billion worshippers worldwide. In order for Korea to develop its halal industry and cooperate with countries like Brunei, Malaysia and Indonesia, which are heavily populated by Muslims, Korea should first wipe out prevalent misconceptions and biases about the Islam.

Asean finds itself today at the center of global attention for its potential to become a “growth engine” for the next generation. The strategy of Japan — whose research on Southeast Asia goes far back — is to meticulously penetrate the entire Asean region on a long-term perspective. For China, whose domestic economy is losing steam, the Asean market cannot be overlooked: that is why Chinese capital and companies like Alibaba and Huawei have made big investments in Malaysia and Indonesia. The United States has a strategic stake in Asean as it can use the region to deter China.

As seen in the example of former U.S. President Barack Obama, we are living in an era where a leader’s charm and personality are considered a country’s national competitiveness. There’s nothing better than having a state leader who travels abroad to promote their national policies and improve the country’s reputation. Unfortunately, Moon failed to create a historic moment or a heartwarming episode during his week-long trip to Asean.

It’s hard to gain attention from locals when a foreign leader is simply visiting a capital or dropping by tourist attractions. Obvious ceremonies during which a president gives congratulatory remarks alongside K-pop stars and entrepreneurs is a story that’s been told far too many times.

A president’s overseas trip can have the maximum effect only when they present a future-oriented vision and captivate content in the visiting country. That way, the local media will also pay attention and go to town with related reports. That’s why Korea is in desperate need of diplomatic creativity.