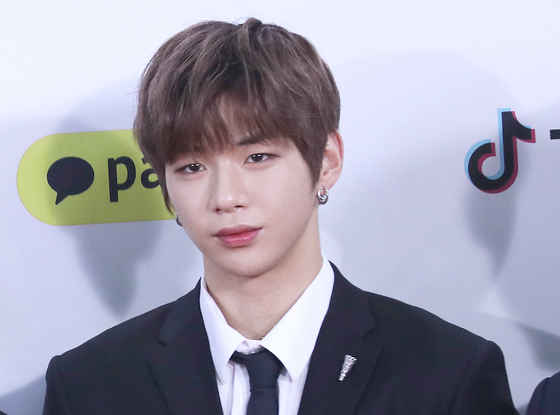 Following statements from both Kang Daniel and his agency LM Entertainment on Tuesday, the agency’s attorney Kim Mun-hui from the law firm Jipyong released another statement on Wednesday saying that Kang and his attorney from Yulchon LLC are intentionally twisting the terms of the contract and using it to turn the public against the agency.

On Tuesday, lawyer Yeom Yong-pyo, who represents Kang, said that LM Entertainment transferred their rights to Kang to a third party after getting paid three times the amount the agency had paid Kang. Citing the contract that LM Entertainment signed with the aforementioned third party, the statement claims that Kang demanded the agency change the “illegal and unfair terms of the contract” a number of times.

However, Kim refuted their arguments.

“Kang Daniel’s attorney intentionally omitted the fact that LM Entertainment holds the sole right to own and execute all the management rights as stated by the exclusive contract, and twists the contents of the mutual business contract by only publicizing the parts [of the contract] that work to the benefit of their side of the story,” Kim said in a press release.

“It is seen as a means to stir up fans and manipulate public opinion in order to affect the court’s decision. Also considering the fact that the contract revealed by Kang’s attorney was attained through illegal means, LM Entertainment will also be taking legal measures on this matter.”

According to the statement, the contract only takes on the standard form of a business contract in which a third party purchases the temporary right to content production and distribution for a given amount of time through investment, with LM Entertainment holding all the rights to their artists. The agency used investment from MMO Entertainment, the third party mentioned by Kang, to support both Kang and Yoon Ji-sung, the two stars under their management.

“They argue that the dispute began when Kang Daniel found out about the contract and demanded it be fixed, but this is not true,” said Kim. “They did not bring up the matter of the contract when they were aware of it on Feb. 1, and just demanded to fix the terms of his exclusive contract. Yet they suddenly came forward with their argument on March 4 through their lawyers, falsely claiming that the contract fee had not been paid.”

“LM Entertainment even told Kang Daniel that we would revoke the business contract with MMO Entertainment if he did not want it,” she added.

Kang Daniel filed for an injunction to the court to suspend his exclusive contract with the agency on March 21. The court will hold the first hearing on April 5.