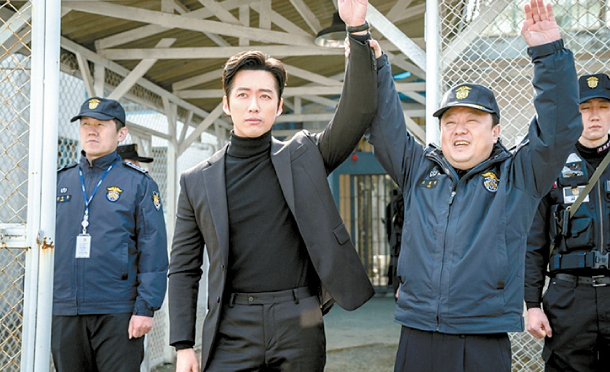 Debuting on the small screen on March 20, the Wednesday-Thursday series garnered a Content Power Index (CPI) score of 296.2 for the week of March 18 to 24, landing atop the weekly TV chart compiled jointly by CJ ENM and Nielsen Korea.

Starring Namkoong Min and Kim Byung-chul, the series follows an ousted university hospital doctor’s pursuit of revenge against a villainous member of a chaebol family.

The elite surgeon, played by Namkoong, finds a job as a medical director at a state prison where he has the power to get people out of their sentences on medical grounds.

Kim plays the main character’s boss, also a doctor, who tries to cover up his incompetence with special ties to high-status prisoners.

The series heralds Kim’s second consecutive portrayal of a villain following his attention-drawing role as a dictatorial father and law professor in the popular JTBC drama series “Sky Castle.”

“Dr. Prisoner” screenplay writer Park Gye-ok has said its main theme is “winning against unrighteous people in an unrighteous manner against the backdrop of the large gap between the ideal and reality.”