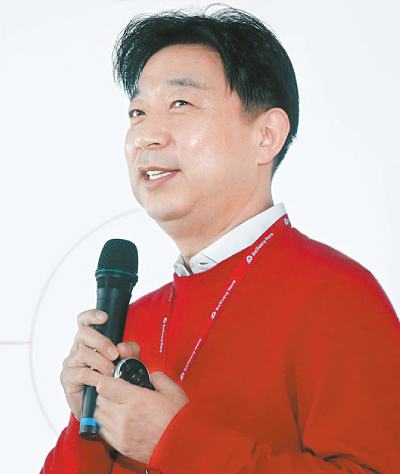 Delivery Hero Korea will expand the number of restaurants it is partnered with to 100,000 this year from the current 60,000 in an attempt to catch up with industry leader Baedal Minjok.

Established in 2011, Delivery Hero now operates food delivery apps across 40 countries. Although the service ranks second in the Korean market, the business here is the German company’s largest globally.

To up its game in the local market, the company plans to double its investment in marketing to 100 billion won ($87 million) this year and hire 40 percent more employees. A lot of the new hires will be placed in the sales division, which will take charge of expanding partnerships with restaurants in cities outside the capital.

“Boosting orders is not just about expanding the number of users but increasing the frequency of orders placed by each individual user - that’s why having a wide variety of restaurants is necessary and why it’s important for us to expand into not just food but also cafes and snacks.”

As of last year, Delivery Hero Korea had 60,000 partnered restaurants that pay app commission fees for orders placed. Baemin, whose revenue comes from advertising fees, had 80,000 clients. The No. 2 player aims to surpass its rival by jumping to 100,000 partners this year.

“The essence of this service is to finish the entire process in an hour - it’s totally different from delivering goods from an inventory,” he said.

“Baemin and we are about the only players that have survived in the market since the 2000s and we already have an enormous list of restaurants. But in this business, even making a list of partnered restaurants starts with big costs.”