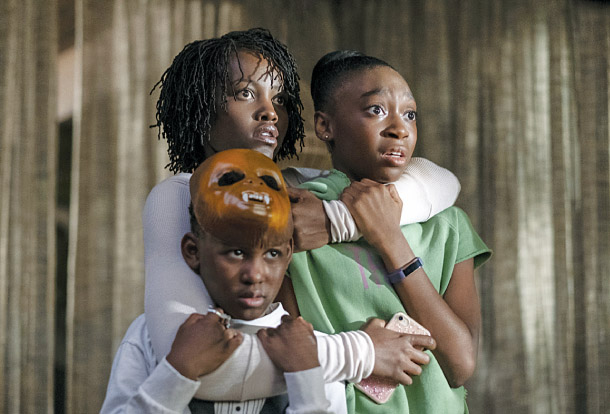 Director Jordan Peele, whose 2017 film “Get Out” was a worldwide hit, is back to scare audiences with “Us.”

In 1986, Adelaide Thomas’ (Lupita Nyong’o) family goes on vacation in Santa Cruz, California. While there, she enters a fun house at the beach and encounters a doppelganger of herself. Shocked at what she saw, she goes back to her family but is unable to tell them about the incident.

Years later, Adelaide visits her family’s beach house in Santa Cruz, with her husband Gabe Wilson (Winston Duke) and her two kids, Zora (Shahadi Wright Joseph) and Jason (Evan Alex), but deep inside, she is still concerned about her traumatic experience.

Tragedy starts to unfold when, one night, a group of unidentified people who look just like them breaks into their home and attacks them for no particular reason.

First released in the United States on March 22, the horror film received a 94 percent “fresh” on Rotten Tomatoes.

Sixteen-year-old Yuan Xiang Qin (Lin Yun) accidentally “kisses” a boy on her first day of school. She realizes that the guy is the popular student Jiang Zhi Shu (Wang), who is the very opposite of who she is. After falling in love upon seeing him for the first time, Yuan decides to confess her love to him.

Jiang rejects her, however, and other students begin to make fun of her.

One day, an earthquake destroys Yuan’s home, and she and her father decide to move into his friend’s house for some time. Coincidentally, that home turns out to be Jiang’s home.

As the two begin to spend time together more often, they both start to fall for each other. 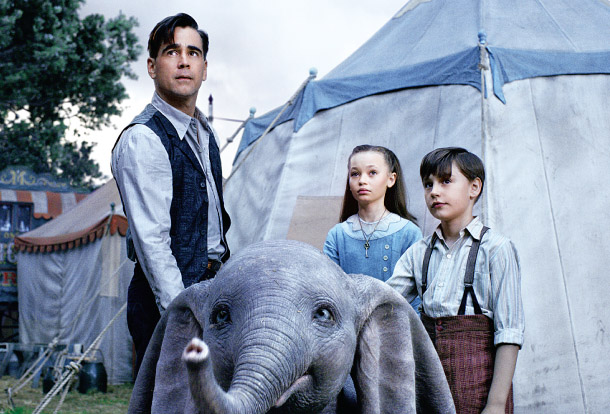 A remake of Disney’s 1941 hit animated feature, “Dumbo” is a live-action film that centers on Dumbo, a baby elephant who is laughed at by others due to his enormous ears.

Dumbo rises to stardom as he enchants audiences with his magic, along with aerial artist, Colette Marchant (Eva Green).

Holt, however, realizes that deep beneath the enchantment, a dark secret lies in Dreamland - the circus.

The film is directed by award-winning filmmaker Tim Burton, who is behind the masterpieces “Edward Scissorhands” (1991), “Big Eyes” (2015) and “Miss Peregrine’s Home for Peculiar Children” (2016).

Sidonie-Gabrielle Colette (Keira Knightley) moves to Paris at the end of 19th century after falling deeply in love with Henri Gauthier-Villars (Dominic West) - known by his pen-name Willy - who is a pretentious novel publisher. But life in Paris is not as easy: not only does Colette find Willy hanging around with a prostitute, Willy is also unable to afford to pay his writers. Willy eventually asks Colette to write a novel based on her experiences.

Her novel “Claudine a l’ecole,” is published under Willy’s name and becomes a best seller and all of the fame, success and money benefit only Willy.

Ambitious for more success, Willy buys a country house and forces Colette to write a sequel, “Claudine a Paris,” which becomes another best seller. But this time, Colette decides not to sacrifice herself to Willy anymore.

Based on the true story of a French Nobel Prize-winning author, the movie was directed by Wash Westmoreland and premiered at the Sundance Film Festival in January 2018. 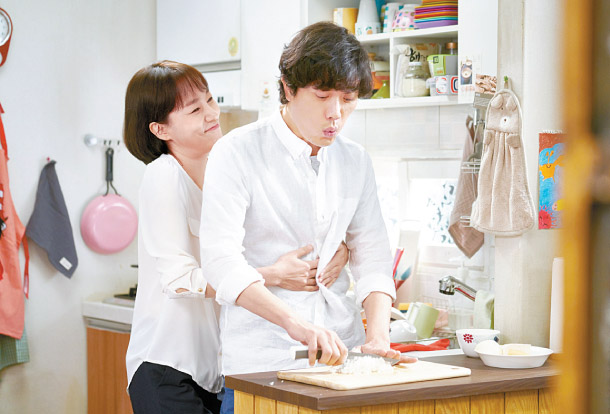 Jun-ho (Park Hee-soon) and Yu-mi (Jin Gyeong) have been married for 20 years and are still madly in love with each other. For their 9-year-old daughter Jin-hae (Lee Go-eun), the creaking sound she hears from their bedroom upstairs is a sign of “health” and “happiness.”

But after a pretty lady called Mi-hee (Hwang Woo-seulhye), who is also Jun-ho’s friend, moves in next door, Yu-mi begins to grow suspicious about their relationship.

Worried that the creaking sound is no longer heard, Jin-hae makes her own plan to bring back peace in the house.

Directed by photographer and filmmaker, Kim Ji-hye, the family comedy tells the story of adults and love through the eyes of a child.

While many people dream of becoming filthy rich, only a few get the chance to be so. And that’s the only reason why Jo Il-hyeon (Ryu Jun-yeol) became a stock broker.

But since his first day at his new company, he has not fared well. Due to a lack of expertise and talent, he is on the brink of being fired. That’s also when he meets a man nicknamed Beonhopyo (Yoo Ji-tae) - which literally translates to “number card.” He offers Il-hyeon a dangerous deal involving dirty money. This may be Il-hyeon’s only chance to become rich because not anyone can work with him. Il-hyeon decides to take the offer.

Meanwhile, Han Ji-cheol (Jo), who works as a “hunting dog” of the Financial Supervisory Service, follows the two to figure out what they are hiding. The chase-and-hunt game among the three begins.

Based on a novel by the same title, “Money” was directed by Park Nu-ri who says that the film is for anyone who has ever dreamt of becoming rich. 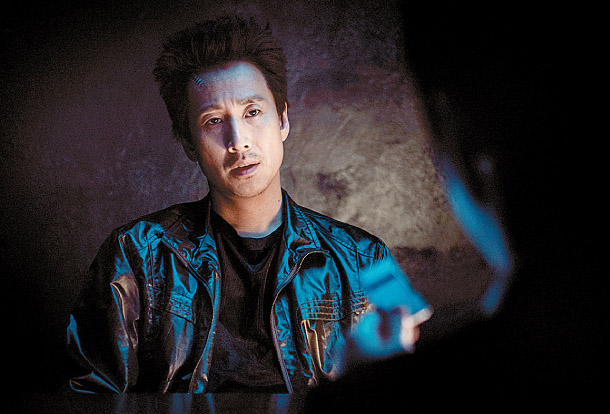 It took a lot of time for director Lee Jeong-beom - known for his films “The Man from Nowhere” (2010) and “No Tears for the Dead” (2014) - to return with “Jo Pil-ho: The Dawning Rage.” The crime flick revolves around the 2014 Sewol Ferry Disaster in which a ferry heading to Jeju Island capsized, killing 300 people, most of them high school students.

Jo Pil-ho (Lee Sun-kyun) is a bad detective who turns a blind eye to corruption and accepts bribes. During an evil plan he carries out one day, an accidental explosion occurs, killing his right-hand man Ki-cheol (Jung Ga-ram). Pil-ho, who was also at the scene, becomes the prime suspect of the accident, and the prosecutors start searching for evidence in order to charge him.

In the meantime, Pil-ho discovers that before Ki-cheol died from the explosion, he sent a video clip to two people, possibly the only evidence that can prove the truth behind the accident.

One of the recipients of the clip is Ki-cheol’s girlfriend, Mi-na (Jeon So-nee), a high school student who suffers from the loss of her best friend who died from the Sewol Ferry disaster. As both Pil-ho and the prosecutors begin chasing after Mi-na, Pil-ho finds out that a bigger scheme is behind the supposed “accident.”