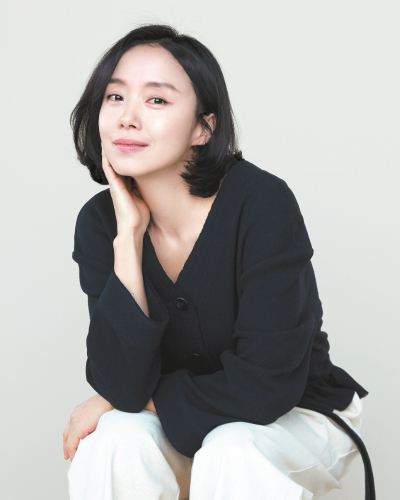 When award-winning actor Jeon Do-yeon was first offered to play the lead character in the upcoming film “Birthday,” she turned down the role.

“Whether or not the script was good, I needed a lot of courage to be part of the story,” the 46-year-old actor said during an interview on Monday. “I was scared because the film deals with the Sewol Ferry Disaster.”

The film is an emotional story revolving around a middle-aged couple, Sun-nam (Jeon) and Jeong-il (Sul Kyung-gu) who lose their high school son, Su-ho, in a tragedy.

The story is based on the tragic event that happened on April 2014, in which a ferry heading toward Jeju Island capsized, killing over 300 people on board, most of whom were high school students. The incident is remembered as a national tragedy, with so many questions regarding the cause of the disaster left unanswered.

Jeon said that she could not stop herself from crying when she read the script for the first time. She decided to take the role because it was not simply about a tragedy. 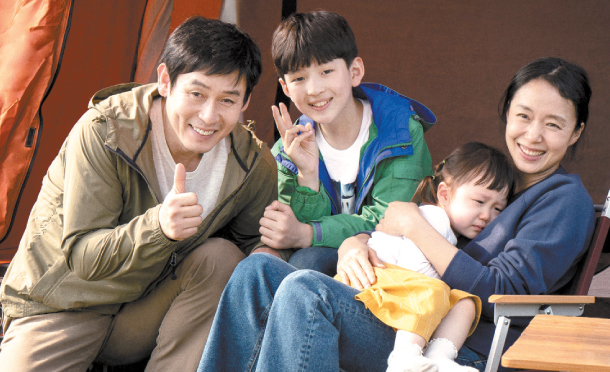 Director Lee Jong-eon’s film “Birthday” revolves around a family that suffers after the loss of their son Su-ho after the Sewol Ferry Disaster in April 2014. [NEW]

“I had to think twice before making my decision,” she said. “I would not have taken the role if the movie was simply about tragedy and sadness. But it was actually about hope and gratitude.”

“I invited a friend to the film’s preview,” she continued. “She used to complain a lot about how hard it is to live through each day. But after she watched the movie, she told me that she felt thankful and happy for being alive and being able to see her kids every day. The film makes people feel alive and thankful during hard times. That’s really why I chose to be a part of the movie.”

Jeon is a veteran actor with over 20 years of acting experience, but “Birthday” was not easy for her. What she was most afraid of was “feeling more than what Sun-nam is supposed to feel.”

“Sun-nam is a totally different character from who I am, so I thought a lot about how Sun-nam would react or behave in particular situations,” she said. “I questioned myself whether I could admit my own son’s death if I had one. Sun-nam needed time to understand the death and I wanted to respect and understand her. But I constantly censored myself while I was acting because I did not want to overdo Sun-nam’s sorrow.”

While working on the film, Jeon tried to look at Sun-nam in a more critical and objective way, rather than sympathizing with her too much.

It was a different approach from her previous role in director Lee Chang-dong’s film “Secret Sunshine” (2007), for which she won the Best Actress award at the 60th Cannes Film Festival. There, she also played a similar role of a mother, Shin-ae, who loses her child.

“[When I was filming ‘Secret Sunshine’], I was never satisfied with my acting. I tried everything I could to fit in the role I was playing - a mother who suffers from a loss. It was so hard that some days, the director told me to rest and film again the next day. Playing the role of Sun-nam was different. Now as a mother myself, I can relate more than before. So I tried to step back a little and look at her in a more critical way.”

One of the most important scenes for Jeon in the film was when she scolded her daughter, Ye-seol. Sun-nam shouts at Ye-seol after her daughter refuses to eat dinner because it reminds her of when her son, with whom she will never dine again, would do the same thing.

“After Sun-nam drives Ye-seol away from the dinner table, she brings her back and apologizes,” Jeon said. “This was one of the most important scenes to me because it made me think deeply about how Sun-nam had to survive every day with her daughter, [while continuously feeling sorry toward her son.]”

“We did not go through a rehearsal when filming this scene,” she continued. “And the kid [who played Ye-seol] got so scared [when I shouted at her for the first time]. I was also surprised by her reaction. In the end, she cried, and her father had to take her out for a while.”

The highlight of the movie, however, was Su-ho’s birthday party at the end. It was a 30-minute long-take, with around 50 people sharing their memories of Su-ho.

“We cried a lot together, but at the same time supported one another throughout. That’s why the scene turned out to be successful.”

At the end of the interview, Jeon emphasized that the movie does not intend to make audiences “suffer all together.” Rather, it is a story about “those who have suffered but must go on with their lives.”

“The movie is not about delivering a particular message. It’s a movie that turns people’s sorrows into gratitude.”