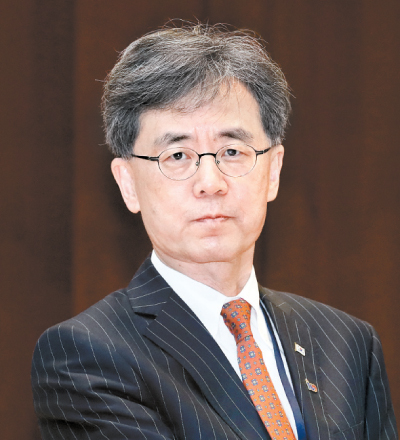 A source familiar with the situation in the White House told the JoongAng Ilbo Tuesday, Washington time, that Kim made an undisclosed trip to the United States on Monday and met with Kupperman, right-hand man to John Bolton, the U.S. national security adviser.

“The two are known to have coordinated a unified approach on the South Korean-U.S. policy toward North Korea following the second North-U.S. summit in Hanoi,” said the source.

Kim’s visit seems to have come urgently following growing concerns in Washington that the South Korean and U.S. approaches on North Korea have diverged after the Hanoi summit in Vietnam collapsed at the end of last month.

A former trade minister, Kim was appointed the second deputy chief of the NSO one month ago and is charged with the Blue House’s diplomacy with the United States. Kim, 59, is considered to be familiar with U.S. affairs as he is a seasoned negotiator who helmed talks on the Korea-U.S. free trade agreement, signed in 2007, and also served as a former South Korean ambassador to the United Nations.

Kupperman, a former Boeing and Lockheed Martin executive who served in the Ronald Reagan administration, was appointed deputy national security adviser to U.S. President Donald Trump in January. According to a statement on the appointment by Bolton, Kupperman has served as his adviser for some 30 years and has expertise in defense, arms control and aerospace.

The source said, “After the collapse of the Hanoi summit, there would have been urgent matters to coordinate between South Korea and the United States to patch up any difference in opinions over the issue of maintaining sanctions on North Korea or inter-Korean projects, as well as on ways to resume North-U.S. negotiations.”

While the Blue House has not confirmed this, there could have been a discussion about holding an early summit between President Moon Jae-in and President Trump.

Kim was notably missing from a meeting convened by President Moon of his close aides Monday, leading to speculation that he was on a secret visit to Washington.

A Blue House official said Tuesday that it could “neither confirm nor deny” matters related to the NSO or its officials.

NSO deputy chief Kim’s visit to the United States was so secret that the Korean Embassy in Washington kept mum on the issue, seen as an indication of the importance of the trip.

This marked Kim’s first assignment to Washington since shifting from the Ministry of Trade, Industry and Energy to become second deputy chief of national security on Feb. 28, the second day of the Hanoi summit, effectively taking over denuclearization negotiations.

It was his first meeting with Kupperman, who replaced Mira Ricardel, the deputy national security adviser who was ousted after clashing with Melania Trump, the first lady.

Kim previously served on the World Trade Organization’s (WTO) Appellate Body and was a president and chief legal officer at Samsung Electronics. He earned his undergraduate and masters’ degree from Columbia University and a J.D. from Columbia Law School.

There could have been discussions on the sanctions issue during Kim and Kupperman’s meeting following confusion over Trump’s tweet last Friday about the withdrawal of some sanctions on North Korea.

Bloomberg reported Tuesday that Trump actually intended to reverse the sanctions the U.S. Treasury had announced the day before against two Chinese shipping companies accused of helping Pyongyang evade U.S. sanctions, citing five people familiar with the matter. Stunned U.S. administration officials were said to have convinced Trump to keep them. It also reported that there were no additional North Korea sanctions in the works at the time, according to two people familiar with the matter. South Korean Foreign Minister Kang Kyung-wha and U.S. Secretary of State Mike Pompeo are also set to meet Friday in Washington to discuss diplomacy with North Korea, according to the Korean Ministry of Foreign Affairs Wednesday. This is their first face-to-face meeting following the Hanoi summit.

Asked Tuesday if there was contact between the two officials, Geng Shuang, spokesman for the Chinese Foreign Ministry, said, “China maintains close communication and coordination with all parties concerned regarding the Korean Peninsula issue.”