Police give Seungri another charge

Police give Seungri another charge 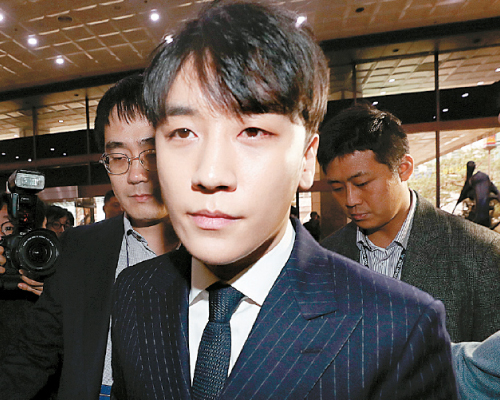 Police added an additional charge against Lee Seung-hyun, also known as Seungri of Big Bang, for sharing an illegally-shot photograph on Thursday, adding to the already ongoing investigation into the singer on charges of soliciting sex services in 2015.

The police found that the former singer uploaded an explicit photograph taken illegally through his KakaoTalk chat app, although they have yet to find out who took the photograph in the first place.

Fellow celebrity Jung Joon-young has been charged for illegally shooting videos of himself having sex with women without their consent and sharing the files in various conversations on KakaoTalk.

One group chat included Jung, Lee and six others who are said to be related to the ongoing sex and drugs scandal that sparked from a club named Burning Sun in southern Seoul.

Thursday’s news goes against what Lee said in an interview with local newspaper Chosun Ilbo on March 23, in which he explained that he tried to stop Jung from his illegal actions.

“I told him, ‘Stop doing that kind of stuff, it’s going to get you in big trouble,’” said Lee. “It was to everyone, not just Jung Joon-young.”

In the interview, Lee denied all allegations made against him, but did admit that he spread the picture during questioning, according to police.