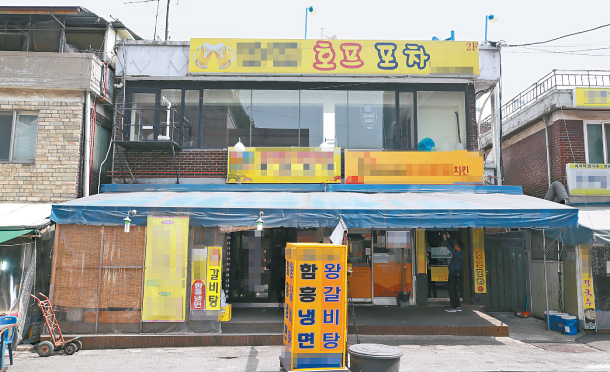 A real estate investment by presidential spokesman Kim Eui-kyeom has prompted accusations that he is guilty of real estate speculation - which the administration has done its best to crack down on.

“Throughout the morning meeting, we discussed concerns over Kim’s purchase,” an official of the Blue House told the JoongAng Ilbo on Thursday. “We wonder if the public will accept the fact that he borrowed 1.6 billion won to make an investment in a redevelopment zone when the government was strongly pushing its policy to stabilize the real estate market.”

The property is located inside the Heukseok 9 redevelopment district, one of the hottest redevelopment projects in Seoul. Lotte Engineering and Construction will redevelop the area to build 11 buildings that will house 1,536 apartments under the name Heukseok Signature Castle. A realtor in the neighborhood said the project is considered to be highly profitable to investors depending on when they got in.

Kim purchased the property last July. On Aug. 27 last year, the government designated Dongjak District of Seoul as an antispeculation zone in which buyers of property are only allowed one mortgage. 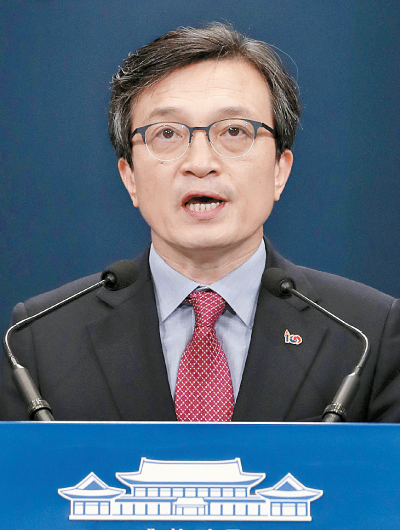 “It is common sense among ordinary people that you shouldn’t take out a huge loan and invest unless you are certain that the building will soon be redeveloped,” said another Blue House official. “If accusations are made that Kim used information he obtained as the presidential spokesman and made the investment, the situation can be uncontrollable.”

That official said there have been calls for Kim to resign as soon as possible.

Starting on June 19, 2017, the Moon Jae-in administration announced a series of tough restrictions to cool down the real estate market and crack down on speculators.

Kim said Thursday his investment was not speculation. He gave a lengthy and emotional explanation to reporters, but admitted that he was aware that he would be the owner of apartments and a commercial property after the project is redeveloped.

“I am currently living in an official residence offered by the Blue House,” Kim said. “But you don’t know when you may have to resign and leave the house. I didn’t want to live in a rented home, considering my age, after I leave the Blue House.”

He also denied there was any conflict of interest. He said one of his relatives is a realtor in Heukseok-dong and recommended the purchase, denying suspicions that he used information obtained as the presidential spokesman.

Critics also pointed out that presidential secretaries in charge of the real estate policy own multiple houses, which the policy penalizes.

“Many members of the Blue House hurriedly sold their houses despite losses after they were criticized for owning more than one,” said a Blue House official. “But the officials who create policies and handle sensitive information did not, and their explanations were not even accepted by their colleagues at the Blue House.”

In the first year of the presidency in 2017, President Moon Jae-in and Cho Kuk, senior civil affairs secretary, each sold one of their two houses. Last year, other aides, including the anticorruption secretary, sold their houses.