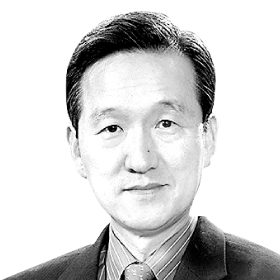 Sohn Sung-hwan
The author is the director of the WWF Korea and former climate change ambassador of the Ministry of Foreign Affairs.

Frequent fine dusts makes it hard to breathe. Many people are disappointed by the lukewarm government measures and feel fear and helplessness. Fine dust and climate change are two sides of the same coin. Even after the Paris Agreement was signed in 2015, coal power generation and greenhouse gas emission grew in Korea and China.

Cooperation among neighbors is necessary to effectively respond to air pollution that moves long distances. Korean and Chinese government officials and the media debate how air pollution from China affects fine dust in Korea. However, it does not help create the cooperative mood necessary to resolve the problem.

Cooperation projects to address moving air pollution in Northeast Asia are increasing. However, investments are dispersed due to competition among countries, and domestic ministries and research institutes have overlapping projects due to differences in priority-setting. Fine dust has various particulates and routes and different seasonal and topological variables. However, Korea still does not share pollutant data with China or use the same research model. It became an excuse for China to not take Korea’s research results for scientific validity and representation.

Now, we need new ideas. It may take time, but a consensus on the overall joint research model, methodology, procedure and result utilization among Northeast Asia, including China, needs to precede research. A negotiation among experts and government representatives from related countries is necessary to reach an agreement. Also, countries need to agree on a roadmap to establish a regional cooperative agency to serve as an office to support negotiations.

The North-East Asian Subregional Programme for Environmental Cooperation is a regional office going a similar route. One of its projects is the Northeast Asia clean air partnership. However, participating countries do not show the political will to make the partnership a key program in the region, and as the name “partnership” indicates, there is no procedure to implement pollutant emission goals and research results in the policies of each nation.

When joint research outcomes are produced, a final stage negotiation is necessary to reach an agreement in the form of a binding treaty for the reduction of fine dust. When reduction is this urgent, some may argue whether complicated procedures are necessary. But it is hard to attain the results that Korea wants by expanding the partnership.

Europe’s case of successfully regulating moving air pollutants needs to be benchmarked. In 1979, 32 European nations, the United States and Canada signed an agreement to reduce air pollutants that move long distances through. Eight protocols that impose reduction requirements for each pollutant were adopted in order.

At first, Britain and Germany, which produced large amount of pollutants, were reluctant to participate, but as joint studies progressed, they agreed to sign the agreement. Joint studies included research on comprehensive assessment models that include the benefits of participating in the action as well as the damages to the environment and economy from moving air pollutants. It largely contributed to winning domestic support for the agreement within the participating countries.