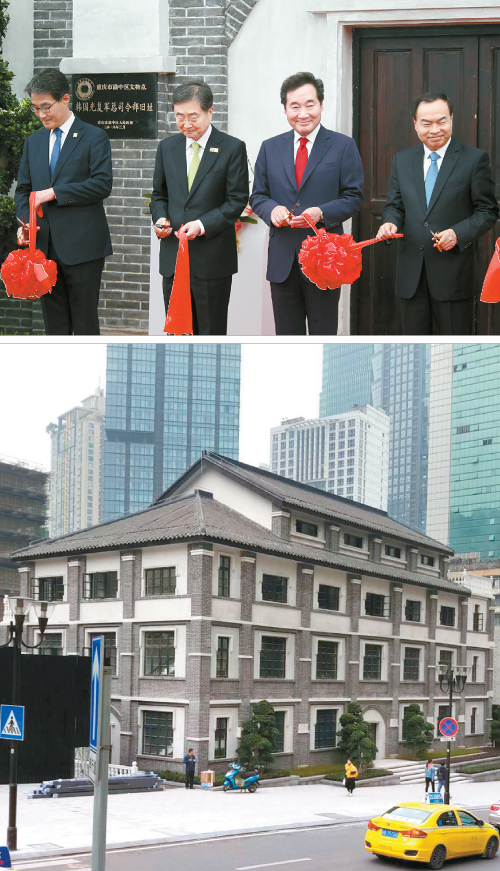 Prime Minister Lee Nak-yon, second from right, attends a Korea-China joint ceremony to mark the restoration of the general headquarters of the Korean Liberation Army, below, in the southwestern Chinese city of Chongqing on Friday. The Korean Liberation Army (KLA) was launched as the government-in-exile’s regular army in the city in September 1940 to fight Japanese colonial rule of Korea (1910-45). The KLA headquarters was demolished due to safety concerns in March 2015, and when he visited the city in December 2017, President Moon Jae-in agreed with Chen Miner, the city’s Communist Party secretary, to restore the building. [YONHAP]