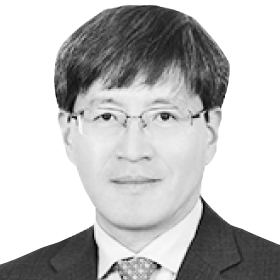 Suh Myoung-seok
The author is a professor of Kongu National University and chairman of the Korea Meteorological Society.

The air contains ultra-fine dust rated as “bad’ or worse, the result of local particles, unfavorable climatic conditions and the migration of pollutants from China. To lower the levels, all three factors must first be addressed or moderated through controllable actions. Since the country was hit with long and frequent periods of fine dust in early March, the Moon Jae-in administration came up with actions to regulate pollutant emissions at home. It is also seeking joint rainmaking and other measures with China.

Most experts are doubtful about any meaningful short-term or lasting effects from these government measures. The most implausible effort is employing China’s rainmaking science. The government appears to think China’s weather engineering could help wash the dust out of the air. If it can, why wouldn’t China have used it to clean its own air and reduce dust? The answer is clear: pluviculture has a limit in combating fine dust.
Rainmaking technology has not advanced far enough to be an economic and practical solution to reducing fine dust. To wash away dust levels, rain must fall more than 10 millimeters (0.4 inches) per hour in broad areas. Current cloud-making technology allows for just a few millimeters of rain and just in selective areas. Rain can only be produced when clouds exist in the first place. But high-density fine dust appears at times of high pressure, when there are few or no clouds, making it difficult to make rain even through artificial means.

Because fine dust is composed of many pollutants and has many causes — climate conditions, China or other external factors — the government must try to explain to the people that the problem cannot be solved easily and quickly. Instead of wasting money on emergency and unreliable actions, it should gather up scientists and experts to come up with an effective mid- or long-term roadmap based on science and research.

There must be comprehensive and integrated research to assess the emissions and determine what emissions cause fine dust, as well as what core technologies can be effective to reduce the level. They should also be charged with drawing up relevant regulations and new energy policies.

No governments, including those in developed countries, have the advanced weather science technology that is affordable and can control the climate. They must endure Mother Nature. But the Environment Ministry and weather agency can strengthen collaboration to upgrade fine dust forecasts to ready public and government actions.

The government more or less needs to give up on the idea of seeking cooperation with China and conduct joint rainmaking projects in the West Sea. Beijing resists the blame on China for fine dust, claiming there is no scientific evidence. Instead, Korea must seek joint projects with developed countries with experience in combating air population to build up a scientific case against China. Europe was able to solve acid rain problem based on scientific study.

Korea needs to draw up a roadmap to fight fine dust by sponsoring and gathering concerted and thorough scientific works from home and abroad. It needs to back it up with economically feasible action plans to persuade its people from leaving the country due to poor air and bring the blue skies back to Korea.