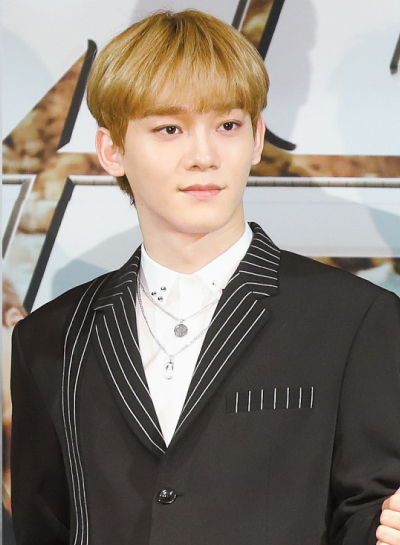 Boy band Exo member Chen released the music video for his song “Beautiful Goodbye” when the clock struck 12 to start the month of April, via the band’s official Homepage, its YouTube site and Naver TV channel.

Chen, who debuted as an Exo member seven years ago, announced that he’ll be embarking on a solo career last month, exciting fans with news that he’s getting ready to drop his first solo EP, titled “April, and A Flower.”

The EP is scheduled to be released through various online music channels starting at 6 p.m. and physical albums will also be available at offline stores beginning today.

Chen’s global fans are already excited for his new songs as a solo artist. Chen released a teaser for the music video on March 29 that showed him singing softly on top of a delicate piano tune.

To celebrate his first EP as a solo artist, at 7 p.m. today, Chen said he’ll surprise fans by holding a busking event at a spot in Seoul and will also live-stream this event, “Chen’s April Busking,” via V Live on Naver. The location of the busking, according to his agency, SM Entertainment, will not be announced to ensure it’s a surprise to the people in the area.