LEE DONG-HYUN
The author is the deputy editor of industrial news team at the JoongAng Ilbo. 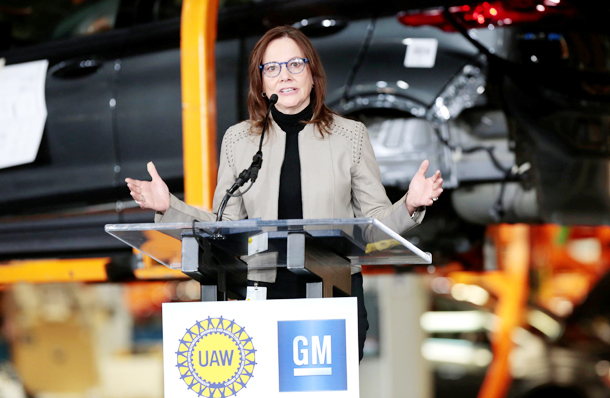 Stanford Ovshinsky had more than 400 patents and ran a company for more than 40 years. He made hundreds of millions of dollars and lost as much. He was not successful in business and was debt-ridden. When he died in 2012, the New York Times wrote that “an inventor compared to Edison” died. The Guardian wrote that he fought suspicious eyes all his life but did not give in.

Now you may wonder what he invented. Ovshinsky invented silicon semiconductors, solar panels and phase-change memory. He is also credited to the invention of rewritable CDs and DVDs. The most notable invention was nickel-metal hybrid battery, NiMH, which replaced the heavy and inefficient NiCd batteries and brought revolutionary developments.

In 1996, the State of California passed a zero-emission law requiring that 20 percent of the cars sold in the state should not produce any emission. GM developed electric vehicle EV1 using the NiMH battery that Ovshinsky invented. It can run 200 kilometers (124 miles) with a four-hour charge. The problem was that global petroleum companies and automakers did not like EV1, their future competitor. After lawsuits, the zero-emission law was scrapped, and GM withdrew all EV1 models. Electric cars that competed with combustion engine cars in the 19th century died when Henry Ford presented cheap and mass-produced Model T. Electric cars died once again 100 years later.

Lately, electric cars have made a comeback. Last year, more than two million cars were sold. As the United States and Europe will tighten emission regulations in 2025, electric cars are likely to have a higher market share. Yet the solution for the carbon dioxide and ultrafine dust produced in the process of generating electricity has yet to be found. As electric car numbers increase, demand for electricity will also grow. The Korean government needs to think about this point in the process of pursuing its highly controversial nuclear phase-out plan.