High-level dialogue between South Korea and the United States is moving at full speed as several top officials in the Moon Jae-in administration fly to Washington to prepare for a bilateral summit that’s set to take place next week at the White House. 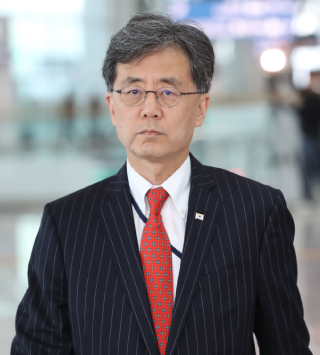 Kim, who arrived at Dulles International Airport in Washington on Saturday, floated the possibility that Seoul may send a special envoy to Pyongyang following the U.S.-South Korea summit on April 11, calling it “a good idea.”

Yet Kim refused to comment on whether the resumption of the Kaesong Industrial Complex and Mount Kumgang tours will be on the summit agenda when South Korean President Moon Jae-in meets U.S. President Donald Trump, saying he couldn’t speak about the matter at this moment.

South Korea’s Foreign Affairs Ministry made no mention of the inter-Korean projects over the weekend as it briefly announced the result of Kang’s meeting with Pompeo in three sentences, but a high-level government official in Seoul said South Korea and the United States have “continuously” been discussing the issue in “various levels” of discussions, including through working-level talks on Feb. 15.

Moon, who is expecting his seventh summit with Trump on April 11, has earnestly been trying to receive consent from Washington to resume the two inter-Korean economic projects, which fall under sanctions from the United Nations Security Council.

The United States is one of five veto-wielding members of the council, which also include China, Russia, France and Britain.

Yet Washington has given no known positive feedback on the initiatives yet, steadfastly saying that sanctions relief will only be allowed after Pyongyang carries out final, fully verified denuclearization.

The U.S. State Department gave no official statement on the Pompeo-Kang meeting last Friday. South Korea’s Foreign Ministry said both ministers “shared assessments of the situation” in the wake of the second U.S.-North summit and “discussed ways to move forward.”

The diplomacy chiefs were also said to have exchanged views on a “variety of bilateral, regional and global matters of mutual interest.”