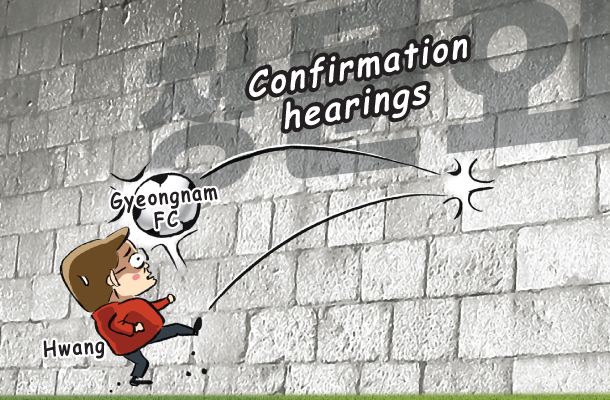 Amid an ongoing tussle over President Moon Jae-in’s picks for cabinet members, Hwang Kyo-ahn, chairman of the opposition Liberty Korea Party (LKP), stirred up controversy after visiting the home stadium of the Gyeongnam Football Club in Changwon, South Gyeongsang, to help his party’s candidate win in a by-election in the city. The Korea Football Association rules ban election campaigns in sports venues.