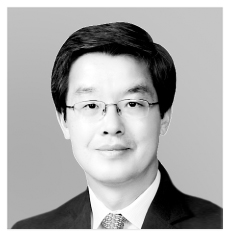 Park Cheol-hee
The author is a professor at the Graduate School of International Studies, Seoul National University.

South Korea and Japan have only themselves to blame for a worsened and mutually-detrimental relationship. Korea, insisting on Japan’s apology and compensation for forced labor during World War II, and Japan, resisting both demands, keep us chained to the past. The two are mirror images in ignoring the needs of the contemporary day because they are too busy criticizing each other for the past. In the meantime, their diplomatic relationship has become a strategic victim.

Upon his inauguration, President Moon Jae-in vowed a two-track approach to Japan by separating historical issues from areas of cooperation. But history dominates the relationship with little sign of cooperation. Pursuit of a future-oriented relationship exists only in speeches or unpleasant diplomatic messages. The Moon administration capitalizes on anti-Japanese sentiment among the body politic and jumps on Tokyo for short-term political gains.

Contrary to its assertiveness toward Tokyo, Seoul maintains a submissive attitude toward Beijing. It never grumbled about China’s economic retaliations and avoids even talking about the fine dust that flies across the Yellow Sea. Seoul did not retort even when a Chinese Foreign Ministry spokesman snubbed President Moon’s suggestion to Beijing of jointly combating the pollution problem.

I cannot but wonder where the government’s confidence really comes from in cold-shouldering Japan. The security alliance with the United States and Japan is Korea’s linchpin against threats from North Korea. South Korea cannot afford to naively believe in backup from Japan in any contingency. Japan is also an ally during times of economic crisis. Wishful thinking is no use. Peace does not arrive miraculously, but crisis can hit unannounced. Goals must be reached, but we must also prepare for rainy days.

The government is entirely wrong if it thinks people prefer making Japan our enemy. Not everyone disapproves of Japan. Last year, as many as 7.54 million Koreans visited Japan. Haruki Murakami’s novels are best sellers in Korea. The elder generation must not underestimate the young generation’s sense of balance. A soured relationship between the two countries first hurt businesses and eventually forces the people to pay for the cost of discord. 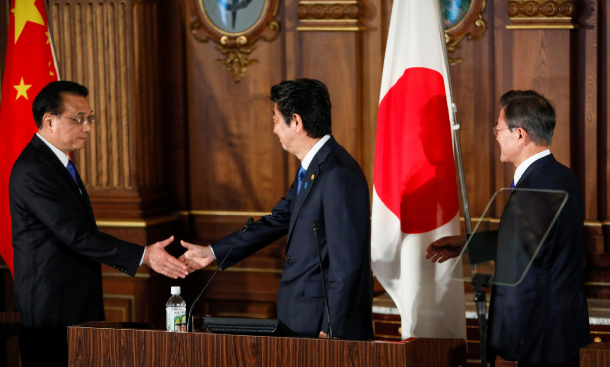 It is true that Japan has historical harmed the Korean people. Yet we cannot overlook the fact that the country is the world’s third biggest economy with great influence in global affairs. There is no future for a people who forget their past — but a weak people obsessed with the past can also harm their future. Instead of staying obsessed with what happened, we must seek ways to become stronger and richer than Japan.

The past should not dominate the Korea-Japan relationship. Before attacking the other, we must look inwardly, and instead of going backward, we must move forward. Our voice will lose persuasion if we only make demands of Japan while doing little to mend ties. Diplomacy is achieved through sincere communication to seek common ground. There is no sure single winner in diplomacy.