Park Yong-maan, chairman of the Korea Chamber of Commerce and Industry (KCCI), said it’s too early to be gauging the benefits of inter-Korean business opportunities. 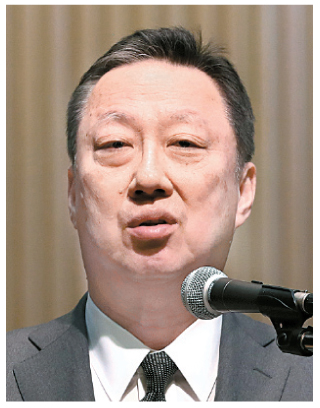 “Clearly, there won’t be any inter-Korean businesses until sanctions on North Korea are lifted,” Park said during a forum hosted by the Korea Woman Journalists Association in Jung District, central Seoul, on Monday. He was asked about the possibility of Korean companies investing in North Korea.

“After [a favorable] summit between the two Koreas in April last year, it was like a boom among Korean companies forming task forces pursuing inter-Korean businesses,” Park said. “I have been consistent since then that we shouldn’t overreact.”

He made it clear that it is impossible for Korean companies to go ahead and start business with the North as long as international sanctions remain in place, regardless of the recent bonding between the two Koreas.

Park also stressed that even after sanctions are lifted, it won’t mean businesses in South Korea will find that many opportunities.

“While some say Korean companies should enter North Korea as soon as possible to be first movers, this just won’t work,” he said, adding that South Koreans shouldn’t think as if North Korea will open up their doors only to the South.

“There will be competition to capture the North Korean market, and we shouldn’t underestimate the role China will play,” Park said. The head of the business lobbying group said there will be tough competition between investors from China, Japan and Korea as well as other countries.