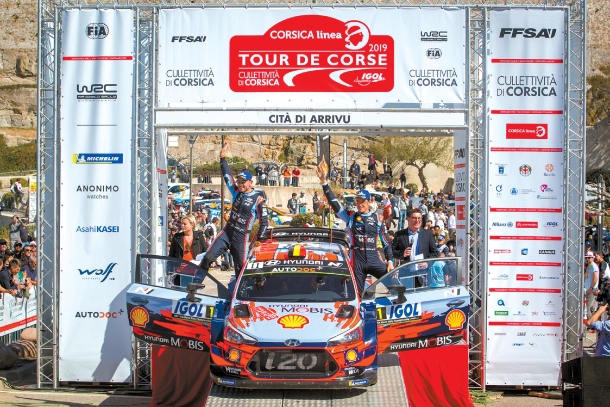 Hyundai Motor’s World Rally Championship driver Thierry Neuville, right, and co-driver Nicolas Gilsoul pose for a photo after grabbing a surprise victory at the championship’s fourth competition held at Tour de Corse on Sunday. The win came as Elfyn Evans, who has been leading in an M-Sport Ford Fiesta, suffered a tire puncture. As of the fourth rally of the 14-round championship, Neuville moved to the top of the standings on 82 points, while the Hyundai motorsports team, Hyundai Shell Mobis, also grabbed the top spot on manufacturer standings with 114 points. [HYUNDAI MOTOR]