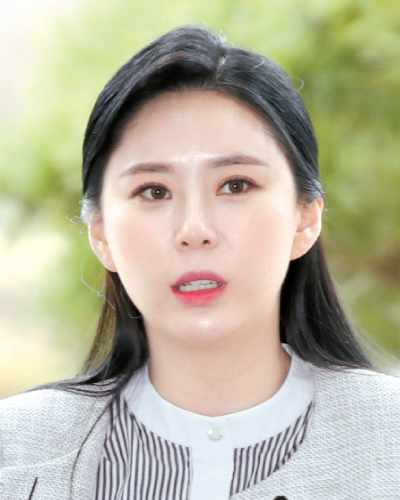 Yun Geo, a key witness in the scandal surrounding the death of actress Jang Ja-yeon, will be provided with round-the-clock police protection starting from Monday.

The 24-hour witness protection was offered only after she made a public request to the Blue House, complaining of a lack of response from police despite her numerous requests for help.

“As a witness to the case for the past 10 years … police gave me a smart watch, which had a function that I could activate to alert the police when I felt threatened in any way,” she wrote in her petition to the Blue House on Saturday.

“I’ve activated it three times total today, from 5:55 a.m., when I thought I heard an unusual sound in the ceiling of the room [I was staying at], but for the past 9 hours and 39 minutes, I have gotten zero response from the police,” she wrote.

“I am very disappointed and devastated … I ask the police to respond to this message.”

The petition was signed by more than 279,000 people as of Monday afternoon.

The head of the Seoul Metropolitan Police Agency admitted what happened and apologized.

“I am extremely sorry and regretful for what happened,” said Won Kyung-hwan, commissioner of the Seoul Metropolitan Police Agency. “Yun was promised witness protection from March 14 by the request of her lawyer.

“That meant that she was given a smart watch through which she could communicate with police in emergency situations, temporary shelter and regular security sweep-throughs in the area where she’s staying at.”

Won said a police officer from Dongjak Police Precinct should have been dispatched to where she was immediately upon her initial communication around 5:55 a.m. Saturday. In saying this, he also disclosed to the public that she was staying in Dongjak District, southern Seoul. Yoon is to be moved to a new shelter, according to authorities.

“It looks like there may have been a technical difficulty with the watch, but we are still investigating,” Won said.

“A text message was sent to a police officer in charge alerting him that she communicated with the police for emergency needs, but the officer did not check the message in time. We are going to investigate thoroughly and take necessary measures as needed.”

Jang committed suicide on March 7, 2009, after leaving a letter in which she claimed to have been forced by her former manager to have sex with influential figures in the entertainment industry to land television roles.

While top media executives were allegedly named in the list, no charges were pressed against them. Yun at the time testified before police and the prosecution that she saw Jang being sexually harassed by media executives. But she has never publicly revealed the fact that she was a witness in the case until, on March 5, she published “The 13th Testimony,” a book about her experience.

On the same day, she spoke on a radio show about her experience testifying to authorities in 2009.

She was again summoned by the prosecution as a witness on March 12.

Though the case on Jang had concluded with no convictions and the statutes of limitations for most charges are expired, the case is being probed again under a presidential order.

Jang’s case is one of the three scandals that President Moon Jae-in recently ordered authorities to get to the bottom of.

On March 18, Moon ordered the Justice Ministry to find out the facts on sex scandals involving top government officials, media executives and the deceased actress.

Yun said there are other actors and actresses who can serve as witnesses in the case.

“There are at least five that I know of who know what happened better than I,” she said in the TV show “Tonight, Kim Je-dong” on Thursday. “Who they are is not important. If an investigation - one that would allow these witnesses to testify while completely protected - could take place, it would help the authorities discover who the culprits are.”