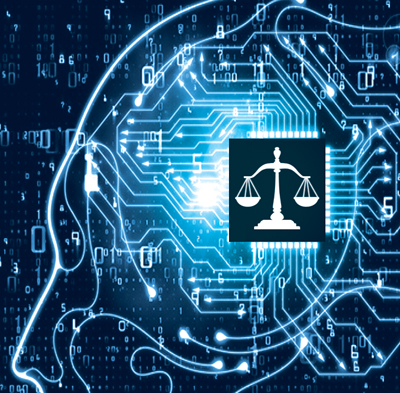 You don’t need to go to court for a small claims trial under 7,000 euro ($7,840). You don’t need to meet the judge. The court date is simply set and the decision is delivered to your mobile phone. This system will be implemented in Estonia in a few years. The Justice Ministry officially asked the government data manager to program robot judges using artificial intelligence (AI).

The AI judge currently in development in Estonia will analyze legal documents and related information to make a decision on small claims cases. Its legal effect will be major — if you are unsatisfied with the ruling, you may appeal to a human judge. Giving small claims cases to AI will reduce judges’ workloads, allowing them to focus on larger or more important cases. While the AI judge is still in an early stage of development, the outline of the project will be announced in May. AI technology is expanding, and this is the first instance of a country introducing AI in such trials.

With a population of only 1.34 million, Estonia has been working hard to digitize government functions. Since 2002, electronic IDs were introduced to facilitate government services and internet banking. Foreigners are able to make an ID remotely through e-residency. Many government services are already handled by AI. To ensure that farming households receive government subsidies according to government regulations, AI scans satellite images and decides on compliance. In the labor sector, AI reviews resumes of unemployed people and attempts to find them suitable jobs.

Korea struggles with fine dust, yet Estonia uses AI to reduce air pollution. Technologies that analyze energy consumption data in real time, save surplus energy in large batteries and receive electricity from sources that produce the least amount of pollutants have already been developed. The Danish government opened energy data to the private sector to encourage related start-ups.

AI’s development often evokes fear: in a global survey in 2016, more than 60 percent of respondents were worried that robots would reduce jobs over the next 10 years. Some claimed that when AI malfunctions or becomes too complicated for scientists to understand, it will be more difficult to predict failures. A self-driving car may suddenly drive toward a pedestrian. Yet Estonia has already begun to draft a robot law that determines responsibility in the event an AI vehicle or a machine is involved in an accident. Like it or not, the age of AI is fast-approaching.