Tteokbokki has been taking the world by storm. The popularity of the spicy rice cakes has been especially evident in Southeast Asian countries like Vietnam. But exporting rice cakes has been challenging due the short shelf life of the product - a month at best - making it difficult for foreign retailers to buy, display and sell the product.

That problem may have been solved. 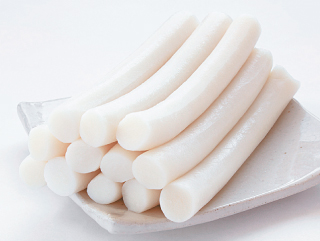 The Rural Development Administration announced on Tuesday it has developed technology that could extend the life of rice cakes used to cook tteokbokki from the current one month in cold storage to eight months at room temperature.

The administration expects the technology to boost the country’s rice cake exports.

Efforts to delay the spoilage of rice cakes have been underway for several years, but research mostly centered on additives slowing the aging of starch.

Elements that could cause contamination are minimized at every step of the rice-making process.

Sterilization has been systemized to maintain shape and texture to limit contamination in distribution.

“We expect the quality and competitiveness of rice cakes [used to cook] tteokbokki to be raised following the birth of this technology, and also to contribute to sales abroad,” said a spokesperson for the administration. “We will conduct more research on vitalizing the rice cake industry.”