Film director finds inspiration in his misfortunes: Back Seung-kee tracks down the origin of a scam in ‘Super Margin’

Film director finds inspiration in his misfortunes: Back Seung-kee tracks down the origin of a scam in ‘Super Margin’ 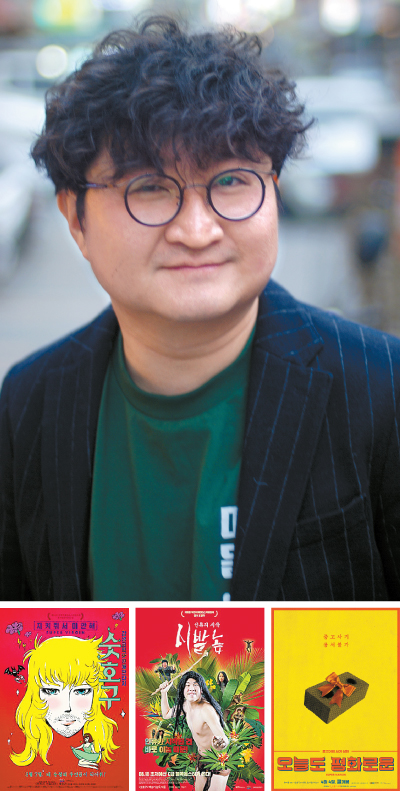 Director Back Seung-kee, 37, had a modest dream - to be able to work on his films on a MacBook.

When he came across a rare MacBook deal on an online market for used goods after searching for nearly a month, Back “lost [his sense of reason] and hurried to make an order.”

An ominous feeling quickly overcame Back right after he got off the phone with the seller to check that the payment had gone through. But alas, the seller never picked up his call and the bank account he had sent money to turned out to be illegally made.

“The police said that the scammers are probably in China […] it’s been two years since the incident and I still haven’t gotten my money back,” Back said.

Instead of trying to forget about the money he lost, Back decided to turn his painful memory into the movie “Super Margin,” which came out Thursday in selected theaters.

In the movie, Young-jun (Son Lee-yong), is an aspiring director who gets swindled the same way Back did. But in the action-comedy flick, Young-jun takes matters into his own hands, and embarks on a journey to China to teach the swindlers a lesson.

“I get scammed really easily,” Back told the JoongAng Ilbo, an affiliate of the Korea JoongAng Daily, on March 22, just ahead of the movie’s release. “I was scammed trying to buy English audio cassettes when I was in university, and over red ginseng five years ago […] When I was so deeply hurt [by the MacBook scam] that I felt the situation was hopeless, I decided to turn [my story] into a movie.”

With a film production budget of just 10 million won ($8,794), self-titled “C-list” filmmaker Back cut corners for “Super Margin,” shooting scenes for the film in Incheon’s Chinatown instead of flying to China. His super-low budget film still delivers plenty of laughs, such as a scene when Young-jun only has enough time to shave the middle of his head in a failed effort to imitate Won Bin in the movie “The Man from Nowhere” (2010).

“Super Margin” is a story that will resonate with countless online scam victims who have traded items on online markets for used goods, notably Joonggonara, Korea’s largest. The classic “brick scam,” where the dishonest seller packages and mails a brick instead of the actual order, has become common enough in Korea that victims take to online forums to share their experiences. 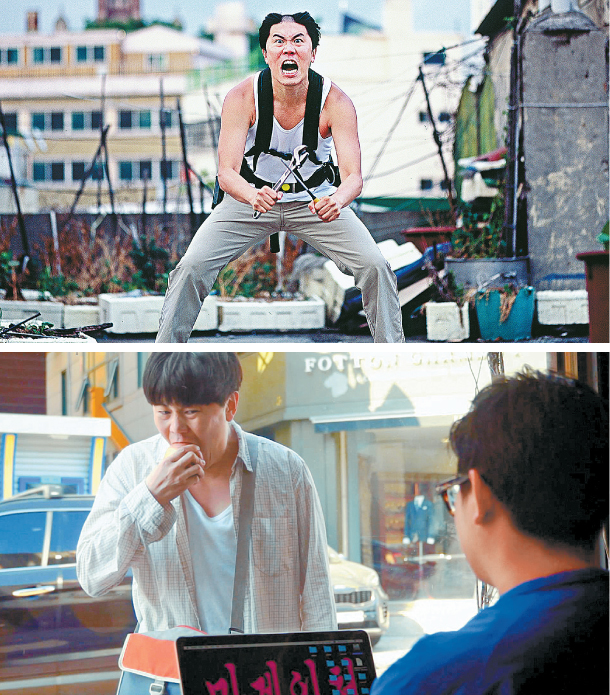 Top: Young-jun (Son Lee-yong) goes to China to seek vengeance on swindlers who ran off with his money after accepting an order for a MacBook on an online market for used goods. Above: Young-jun looks longingly at a person using his MacBook. [CURUK2 STUDIO]

“The Joonggonara brick scams are really famous,” said Back, who added a single image of a brick wrapped with a carefully-tied ribbon to the poster of “Super Margin.”

“Though we never mention Joonggonara’s name in the movie, I was worried that the company might be offended. So we showed ‘Super Margin’ to them before screening, and they actually enjoyed it.”

Since establishing his own production company Curuk2 Studio over ten years ago, Back has made two other feature films, “Super Origin” (2016) and “Super Virgin” (2012), each about the birth of mankind and a virgin who gets his own “avatar” in efforts to date a girl. Like “Super Margin,” the movies are low-budget comedies, often parodying famous classics like “Avatar” (2009) and “Taken” (2008). Son Lee-yong, who went to Back’s high school, took on lead roles for both previous works.

Back has attracted a loyal following through his refreshingly low-budget films.

When “Super Margin” premiered at the Bucheon International Fantastic Film Festival last year, the seats quickly sold out just because it was attached to Back.

In fact, dozens of actors volunteered to participate in “Super Margin” without any guarantee of payment.

“Shortly after I was scammed, I had the opportunity to work as a screenwriter for SNL Korea. I left the job after four months, feeling more strongly about my independent way of production. Around the time I quit, I made a Facebook post describing the synopsis of [‘Super Margin’], saying that I was looking for people who wanted to work with me even though I didn’t have money. Over 50 people responded in a week.”

Despite the sizeable support, the journey of releasing his third feature film wasn’t an easy one.

When his sophomore project “Super Origin” performed worse than his debut film, Back “stayed at home for days,” overwhelmed with a profound feeling of emptiness. “It was as if the road to making movies while earning recognition had been cut off,” he said.

In these times of hardships, it was the thought of Back’s supporters and colleagues that helped the director keep going.

“The reason why I’ve been making films for over 10 years is because it’s a collective project. It’s fun discovering and showcasing the people in my hometown of Incheon or in neighboring areas. We create together, showing others how we mature on screen.”

The reality is nonetheless bleak, Back says, for himself, as well as everyone around him.

“When I see how my students have grown up, they’re all struggling to live through this hellish reality, unable to do what they really want,” Back, who was an art major, said, speaking of former students at the high schools he taught at as a part-time art teacher. “Making films allows me to take a breath of fresh air from this world.”

“The best thing [I can try to do] is make a sustainable production system. The break-even point for the new movie is 5,000 [tickets]. If we go over that, I’m planning to share the profit equally with actors, regardless of whether they played leading or supporting roles. I want to be able to continue filming movies with producers and actors who don’t have any other chances.”