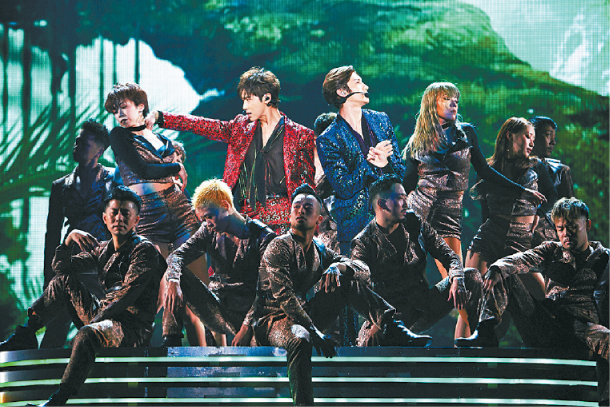 The DVD and Blu-ray versions of the concert were released last week, and contain performances and behind-the-scenes footage from the group’s concert held at the Tokyo Dome in December.

The duo’s Japanese tour took place from September 2018 to this January, and included 33 performances in 10 cities. The shows drew 680,000 fans in total.

This marks the 11th time that TVXQ has ranked No. 1 on Oricon’s DVD chart, setting a new record for a foreign artist in Japan.

It is also the second time the group topped all three DVD-related charts. The last time they accomplished the feat was in 2015, with their “TOHOSHINKI LIVE TOUR 2015 ~WITH~.”