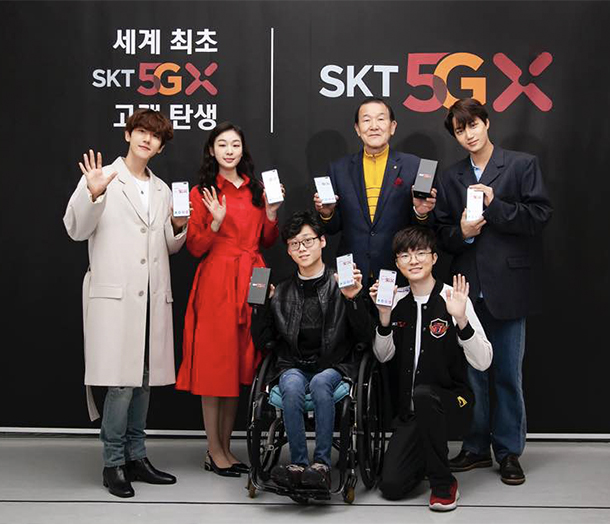 Korean mobile carriers dramatically commercialized 5G two days earlier than planned in a bold move to make sure Korea was the first country to launch the high-speed network for phones.

All three mobile carriers launched their networks at 11 p.m. Wednesday with support from Samsung Electronics and the Ministry of Science and ICT as well.

The major trigger for the late-night ambush launch was a tip-off from the U.S. Wednesday that Verizon might launch its first 5G service for mobile phones today, a week earlier than its publicly announced launch date of April 11.

That tip-off proved to be true. Verizon announced today in a release that it "officially turned on its 5G Ultra Wideband Network in select areas of Minneapolis and Chicago a week ahead of schedule" claiming it has launched the "first commercial 5G network in the world." Verizon's 5G network for phones was launched along with Motorola's 5G Moto Mod, an add on that enables Moto Z3 smartphone to connect with 5G.

In a desperate effort to claim the "world's first" title, the government and Korean companies launched their 5G networks just a few hours earlier. As all three carriers had their first customers already picked out and unveiled their phone plans through launch events earlier this week, the late-night launch plan was considered a feasible option.

KT's first 5G subscriber is the wife of one of its employees. The first 5G customer for LG U+ is local YouTube creator Kim Min-young.

Other customers will be able to get their hands on their first 5G phones starting Friday, as originally scheduled.

Some industry insiders criticized the Science Ministry for rushing into launching the monumental service and confusing customers with a sudden change in launch date.

Korea, however, still managed to keep its world's first title for commercializing 5G wireless for phones thanks to the late-night action.