South Korea and the United States are in complete sync about where they are headed in efforts to denuclearize North Korea, an official from Seoul’s presidential office said Friday after returning from Washington. 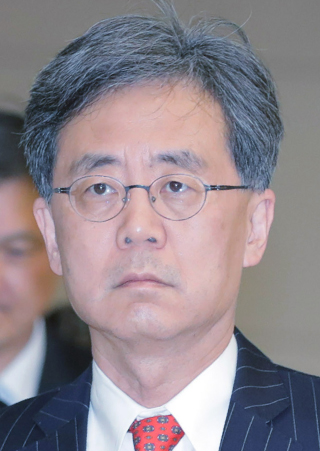 “It is not true that there is a gap [between Seoul and Washington] because we completely agree on our final destination, end state and the roadmap,” said Kim Hyun-chong, a deputy director of the National Security Office (NSO) at the Blue House.

Kim’s remarks were made at Incheon International Airport, where he returned from a weeklong trip to the United States apparently to arrange South Korean President Moon Jae-in’s trip there.

Moon is set to hold a summit with U.S. President Donald Trump next Thursday.

“It was my first U.S. trip as a NSO deputy director. My dialogue with my counterpart, [Charles] Kupperman, went very well. I believe we can expect a great outcome from next week’s summit,” said Kim, who previously served as the country’s trade minister and chief free trade agreement negotiator.

The Moon-Trump summit will mark the seventh of its kind since the South Korean president took office in May 2017.
Yonhap