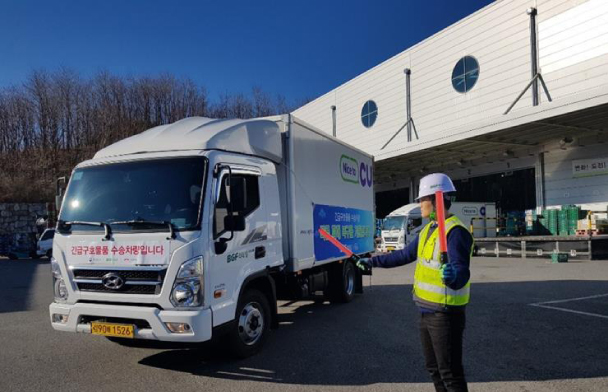 The government and the private sector are offering support to victims of the wind-whipped wildfire that swept through parts of the country’s eastern coast Thursday evening.

Affected individuals and companies will receive financial aid and emergency supplies like food and water. Volunteers will assist people and enterprises in the disaster area.

A wildfire in Gangwon swept through Sokcho, Goseong County and Gangneung, killing at least one person and requiring the evacuation of 4,000.

The government has not yet made an official estimate of the total damage, but it did say that produce and agricultural facilities were destroyed and the operation of factories were halted.

The government declared a national disaster in the counties of Goseong and Inje and in the cities of Sokcho, Gangneung and Donghae in Gangwon.

The Financial Services Commission said Friday that financial institutions, including the Korea Development Bank and the Industrial Bank of Korea, will postpone the due dates for the repayment of existing loans and guarantees for affected small- and mid-sized companies as well as for individuals involved in agriculture, forestry and fisheries in the area.

The Credit Guarantee Fund for Farmers and Fishermen will provide guarantees of up to 300 million won ($270,000) for individuals and groups involved in agriculture and fishery.

Special concessionary rates will be offered.

Hyundai Construction Equipment and Hyundai Electric will provide equipment, such as excavators.

Retailers are contributing food and water to victims, firefighters and volunteers.

Emart said it will deliver emergency food supplies worth 20 million won, including instant rice, instant noodles and toilet paper, while 7-Eleven announced it will provide food for 2,000 people.