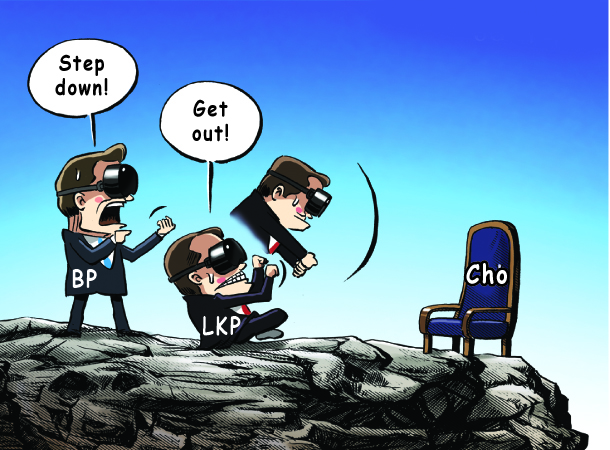 Though the main opposition Liberty Korea Party (LKP) extended the olive branch to the ruling Democratic Party while the government is working to repair wildfire damage in Gangwon, former Gyeonggi Governor Kim Moon-soo, a member of the LKP, wrote on his Facebook on Saturday that the Moon Jae-in government, which likes “candlelight,” has now turned out to be a “wildfire government.”