Consider the rest of the world

Consider the rest of the world 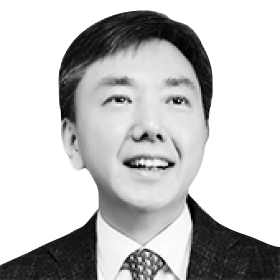 Lee Jae-min
The author is a professor of Seoul National University School of Law.

Dynamic Korea. Is there a better word to describe us? Korea is dynamic, that’s for sure. It’s always on the move. Koreans are always going all-out on whatever it is they’ve set their minds to, whether that be studying or working.

Our competence shines more during difficult times. Who donates gold to the country during a national financial crisis? We did. Koreans donated 227 tons of gold worth $2.1 billion at the time. The crisis suddenly fell on us, but we overcame it in the speed of light. At times of difficulty, we will combine our forces again.

But there’s something we lack: we tend to see the world only from our own perspective. Maybe it’s because we have lived in a homogenous country for so long. We’re always self-centered. Here’s an example: to this day, we call the financial crisis which erupted in November 1997 the “IMF crisis.” The International Monetary Fund (IMF) offered emergency loans to us — in that sense, it’s absurd to call the IMF a “crisis.” The IMF itself was never in a crisis and it didn’t trigger Korea’s.

A while ago, Korea’s per-capita income surpassed $30,000 for the first time, proof that the country has advanced into a developed economy. On the other hand, Korea maintains a developing country status by law and receives certain trade agreement benefits. What would the world think of a “developing country” whose per-capita income is over $30,000? It’s another sign that we’re self-centered.

Radio broadcasts from the 1960s and ’70s covering football matches between Korea and other countries have always explained how our players pushed ahead and “slightly” missed goals. Commentators would explain how referees made “biased judgments” against Korea. But in reality, the games weren’t always the way they were conveyed to Korean listeners. Even to this day, Korean news reporting on crucial international negotiations often mirrors Koreans’ self-centered nature.

We can also easily find examples from around us. A few years ago, local broadcaster KBS aired a news segment showing a foreigner looking puzzled while reading a road sign that read, “Namapeurika Gonghwaguk Embassy.” The sign was meant to indicate the South African Embassy but instead wrote out the Korean name for the country in English. Another broadcaster, MBC, interviewed a foreign tourist who was lost in front of a road sign that read “Gwanghwamun Sageori,” which means Gwanghwamun intersection. Whether the visitors understood it or not, we made road signs the way we felt comfortable with. The Ministry of Land, Infrastructure and Transport luckily announced last March that it would repair road signs across the country.

Last year, 30 million Koreans traveled abroad via plane, while 15 million foreigners arrived in Korea. Hallyu, or the Korean Wave, is reaching the far corners of the world and local television shows even feature foreign guests. Despite these circumstances, we still tend to think only about ourselves. And we don’t think deeply about how the world perceives us.

The ruling Democratic Party calling a Korean national foreign correspondent a “black-haired foreign reporter” is derived from such a mentality: it’s an expression hardly even heard in a third-world country.

Koreans tend to blame others and think they’re innocent. And in the midst of such drama, they make important decisions that don’t seem to befit a country that has the world’s seventh-largest trade volume and 11th-largest economy.

The more important the case, in the big picture, the more our thoughts and stance are mostly correct. But the problem is that when we think we’re right and we think our intentions are kind-hearted, we think that’s the end to it. International society has eyes, ears and thoughts too. But Koreans don’t care how others see or think about us. We’re sometimes daring — when we make a decision, we turn the faucet to the coldest or to the hottest.

It goes the same for treaties and international documents. We think about the way it would best benefit us and we believe things should turn out that way. Whether that be a resolution signed by the United Nations Security Council or a new regulation from the European Union, we always think about the best-case scenario for Korean interests. We expect special treatment when it comes to sanctions of North Korea or Iran. We think that because we have “different circumstances,” we definitely need exemptions. We perceive countries that fail to understand us as lacking virtue and international society as inconsiderate. That’s how we react to neighboring countries, including China and Japan, on several issues.

Positive thinking is important and creativity is an invariable virtue. It’s natural to want to work in the interest of your own country, but in order to convince the other person and earn the actual benefits, we need to back our thoughts and claims with objectivity and reason — we need to relay before them raw information, data, reasoning and precedents.

The more important the issue we face, the more we need to assess ourselves objectively and approach it with objectivity. That’s how we win, and that’s the path to gaining interests.

If we fail to do this, we’ll lose. Even if we actually turn out to be the victims one day, the world may turn against us.
There are many issues going on both inside and outside the country — why not take this time to reflect on ourselves in the world’s mirror? Let’s slow down for a bit and think things through calmly.