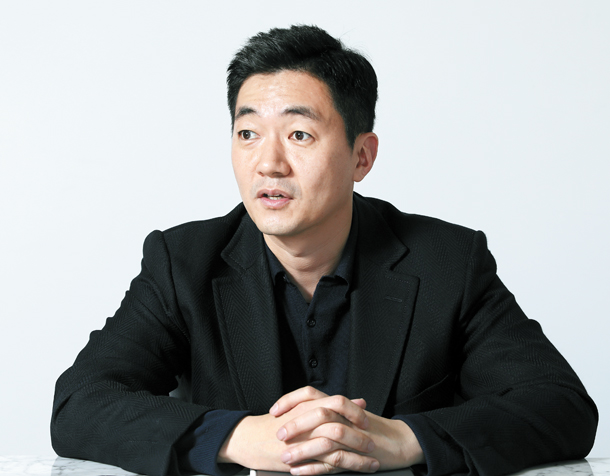 Aero K, a new airline that takes its name from Korea spelled backwards, obtained a license from the government to operate as a low-cost carrier just last month.

Obtaining a license wasn’t easy. As there are already six domestic low-cost carriers aggressively expanding their fleets to grow their market shares, there have been concerns that the entrance of more players like Aero K could spur unhealthy over-competition.

The Ministry of Land, Infrastructure and Transport, actually rejected Aero K’s initial application in 2017, citing the possibility of excessive competition between local carriers.

Kang Byung-ho, the 43-year-old CEO of the new airline, however, said during an interview with the Korea JoongAng Daily in central Seoul on Wednesday that the market has room for more competition and there isn’t yet a “champion LCC” in Korea nor in Northeast Asia, despite the many players. 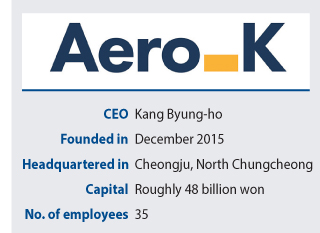 According to Kang, his goal is to make Aero K that champion.

“Our winning formula for Aero K is to have the lowest possible cost and to benchmark off the best models we can and put a Korean flavor on top of that,” the CEO said.

Kang, who has lived half of his life in Korea and the other half overseas in various regions including Dubai, Southeast Asia and the United States, hopes to bring the airline models he experienced abroad to Korea through Aero K.

“Korean LCCs - are more of a hybrid LCC, and they are close to full service carriers like Korean Air and Asiana Airlines,” Kang said. “Anyone who’s flown on LCCs in the United States, Europe and Southeast Asia can easily tell that Korean LCCs are not true LCCs.”

The company, founded in 2015, chose its main base as Cheongju International Airport in North Chungcheong instead of the major airports at Incheon and Gimpo near Seoul in an attempt to trim down operating costs. It plans to target millennial travelers who are more open to budget airlines when it officially begins operating in the first quarter of next year.

Q. What made you enter the aviation industry?

A. I wanted to find an industry that I can disrupt. And airlines was something that I always had interest in. I looked around and said: “well OK, this industry can be disrupted. Why isn’t there a true LCC model like Southwest Airlines in the United States and AirAsia in Southeast Asia [in Korea?]”

So that’s how I got started. It took longer than I thought, four to five years to get to where we are, and we had a lot of ups and downs, but finally we got our license.

It was hard for you to enter the local aviation market.

Just to get to where we are, we had to really challenge [local] regulations. The reason we got rejected was because there was an aviation law which states that the ministry will look at competition. We had capital, we had planes, we had everything - like we do now - but in 2017 when we got rejected, [the ministry] used over-competition as a big reason. For me that doesn’t really make sense. I think competition is what drives new growth and opportunity.

The government [later] realized the regulation didn’t make much sense because we were trying to help out the economy, the region, because we are based in Cheongju, job creation … and also existing [LCCs] enjoying record-breaking profits, there was no real justification for why overcompetition made any sense. That is what helped us get where we are.

What makes Aero K different from other players in the market?

A lot of people think LCCs are cheaper, a lot cheaper than full-service carriers in Korea, but if you really do a fare analysis, they’re not that [much] cheaper. So they use a lot of promotions to make it appear as if they are low-cost. So for us, we want to be transparent about fares, the options of what customers can pick and also transparent to the ministry in terms of any kind of incidents or safety, because a lot of it sometimes gets covered up by companies. So we want to be transparent in a lot of different ways.

What do you mean by being transparent with fares?

Normally if you book a plane ticket X months before or X weeks before, you should be able to monitor the price changes of these tickets, but sometimes what you find is these tickets could get cheaper or could get even more expensive. So you don’t know. When you are getting cheap tickets, you are just getting tickets if you are lucky. In this case, we are trying to use technology to make it transparent.

But how do you actually plan to lower fares?

This is why we picked Cheongju airport that allows us to have cost advantages. When we looked at all the other airports, Incheon, Gimpo and Gimhae are all [major] airports. They cannot be considered because of the cost itself. They are expensive. So we looked for a secondary airport so that the cost of using the airport could be cheaper.

Also, the fare and the cost advantage is better if you operate on routes that take under four hours. The longer you fly, your utilization of your aircraft is going to be lower.

Are there other reasons for choosing Cheongju airport?

We wanted to look at an airport that would at least have a catchment area, which could hold an airline. Anywhere [within a] 100-kilometer [62 miles] range would be our catchment area, that’s the way I look at it. We are looking at close to nine million [potential customers].

If you look under 80 kilometers, it’s about seven million. That is more than enough for us to establish an airline. And on top of that, it’s not far from Seoul. Southern Gyeonggi is in our reach as well. So from Bundang in Gyeonggi, if you are going to Incheon and Cheongju, they would be exactly the same driving distance.

So if the fares are reasonable, we think people could even [choose] Cheongju from Seoul. That’s why our fares have to be significantly cheaper. We considered Yangyang in Gangwon, but it’s not an easy airport to operate out of because the population just doesn’t support that airport.

Are there any plans you have to invigorate the regional economy?

We are getting a lot of interest from the region and a lot of support. In terms of economic growth, I think we can bring a lot of value to that region. There have been so many cases where if an airline gets established, it can drive tourism and a lot of new industries and I think expectations for that are high.

Then, more importantly, with this administration’s job creation, we signed memoranda of understanding with 13 universities in the region [with] aviation-related departments so we are definitely [making it a] priority to hire students and experienced people from the region.

You said you plan to begin operating early next year. Are the planes ready?

Right now, we are targeting our first aircraft to be delivered by the end of this year. But there have been delays from Airbus in delivering the A320 Neo planes, which is just what we are looking to get. That is a result of production delays at Airbus.

The recent incident with Boeing 737 Max planes has added to the delays because a lot of airlines now want to go with Airbus A320s. But it’s either going to be sometime around December or the first quarter of next year.

How do you plan on keeping corporate governance transparent? That has been an issue with major full-service carriers in the country like Korean Air and Asiana.

That is one of the areas that I really want to challenge. I think those are things that have created issues for many industries, especially industries that are protected. The more regulated they are, the more conservative and less transparent. All [the issues] that we see with Korean Air and Asiana are the result of the fact that the industry is heavily regulated. So I almost think that a bit of deregulation that’s happened now for [new] players to enter will bring about changes.

Also, the reason I was more inclined to want to benchmark Southwest [Airlines] was because of the culture. The corporate culture that [co-founder Herb] Kelleher put together is the type of culture that I hope we can put together. We want to create a culture where our employees can be treated well so that they can also treat the customers well. There can’t be a flat culture, but we want to create a flatter culture compared to other airlines.

I also want to mention that Aero K is not an owner-driven company. The question I get asked a lot is: “So who’s the owner of Aero K?” It’s not owned by anyone. I’m a shareholder and CEO of the company, but if I don’t do my job I can get fired.

There have been rumors that chaebol or foreign airlines are actually controlling Aero K.

Hanwha was a shareholder. Not majority, [but] they held some 20 percent of shares. (Hanwha has now pulled out). That was a big negative for us in getting our license because people said, “Yeah, that’s another chaebol company.” But it wasn’t the case. People in the market wanted to make [that point].

AirAsia was in the rumors because we brought in some guys from AirAsia, to be honest, to help out, because I wanted to make this a global LCC. But then, because of all these reasons, people said “Oh it’s AirAsia.” None of that was true.

I think that’s another reality, which is unfortunate doing business in Korea. Rumors play a big [role].

I think it came as a surprise that someone without a background could start an airline with 48 billion won ($42 million) of capital.

As a start-up, I started raising this money from my friends … there were some small investors putting in 20 million won. We didn’t get this huge investment upfront. We started with all these small investments and we got the bigger investment later.

Korea is always talking about start-ups, but the reality of Korean start-ups is that unless you are in IT and you go to accelerators or angel investors and get 50 million won and then government funds to get another 50 million won ... that’s not going to help you get anywhere with business.

You can disrupt big industries, too. And I think the market should start supporting companies and entrepreneurs like myself who are willing to challenge the bigger industries.

Can we expect anything interesting from your service’s uniforms?

We actually are preparing for something good, something different. I don’t want to give it away because right now we want to do some big marketing. All I can tell you though is that we want to make our main target the young, the millennial. Our brand will be young. Because they are the big travelers, they are the ones that are cost-conscious.