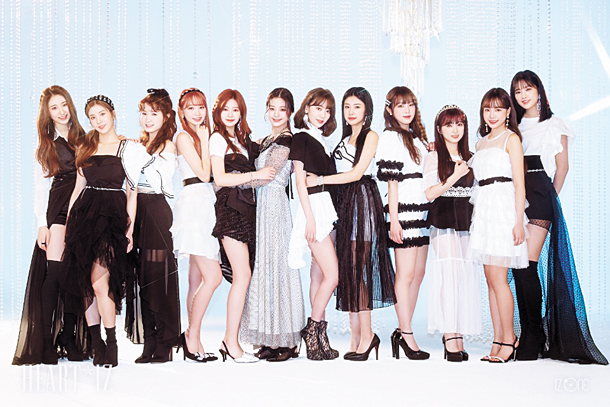 IZ*ONE, a project girl group formed through the idol competition show series “Produce,” sold more than 130,000 copies of its latest album titled “HEART*IZ” in the first week of its sales, breaking a previous record set by TWICE.

“IZ*ONE’s ‘HEART*IZ’ sold 132,109 copies during the April 1-7 period. ... It is a number higher than that set by Twice, who had been the No. 1 girl group in album sales in the first week,” the group’s management agency Off the Record Entertainment said, quoting data by the Hanteo Chart.

IZ*ONE has been making a splash in the K-pop scene even before the release of its debut album “COLOR*IZ” in October. With the debut album, which sold 80,822 copies in the first week of its sales last year, the group scooped up multiple Rookie of the Year awards.

“Violeta,” the main track of “HEART*IZ,” garnered nearly 20 million YouTube views in just one week after its release.